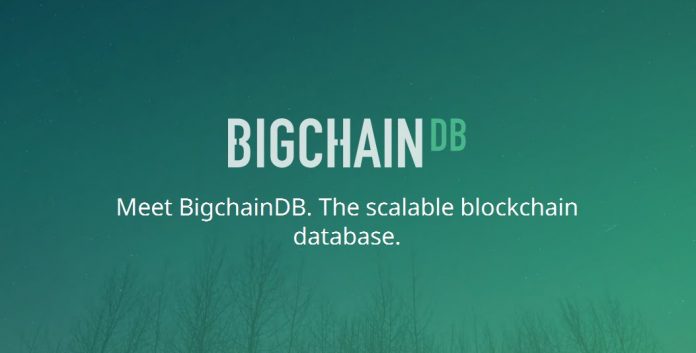 “Blockchain technology could change the world!”

But how? If an industry gets a single shared source of truth, what happens? If you’re in the blockchain space, you may be working hard to paint a possible picture to answer that. You may be using logic and extrapolation, but wishing that you had something more tangible.

Here, I give you a new tool: three tangible examples of how a common substrate can change the planet. They are Visa, the DNS, and Sabre/Amadeus. Each is a precursor network or database that has already impacted the planet in positive ways. Each has been running for more than two decades. Each has some negative aspects too; but overall it was a positive gain.

We use these examples frequently, as we design governance for the public database IPDB, and help others contemplate governance & business models in BigchainDB-powered networks.

Let’s explore each of these examples in turn.

Did you know that Visa is mostly decentralized? I had no idea until I read this book, written by Visa’s founder Dee Hock. (Thanks Vinay Gupta for the recommendation!)

Dee managed to get bitter enemies — certain financial institutions — to work together to form the first credit-card style payments network. This was unprecedented at the time for credit cards, which had the air of junk bonds and ripoffs.

Visa started small, but built on its success and expanded to more countries and with more services.

The book has airy wording. At first I found this a bit off-putting. But, as I read further, I realized that this was part of Dee’s view of the world, which informed his leadership style. And it was his leadership over decades that made Visa possible.

Dee invented the word “chaordic organization” as an organization that balances chaos (unpredictability in his view; not the scientist definition) and order. Today we might use “decentralized organization [with governance]” and mean basically the same thing.

Thanks to Visa, we’ve had a global payments network for decades. It’s not perfect, but it’s still incredible.

DNS has pseudo-decentralized governance, via ICANN and the registrars. It’s not perfect, but you have to give it credit — it’s a fundamental piece of internet infrastructure that billions rely on daily to use the Web.

The DNS started as a text file maintained by internet pioneer Jon Postel. Every time someone wanted a new address, they’d email Jon, and he’d update the text file! As the Web exploded in the 90s, Network Solutions took over, and with CTO David Holtzman scaled the tech to handle the growth.

The DNS was also the centerpiece of political battles in the 90s and early 2000s, where power & privacy were at stake. Fortunately, the public won (less power, more privacy). Hats off to David, Jim Rutt, Esther Dyson, Pindar Wong and others involved.

Sabre & Amadeus are two databases that, together, form the common substrate for the travel industry. They’re the databases that hold bookings for flights and hotels.

Thanks to them, we have tremendous innovation at the higher levels. As an example, consider all the different user experiences for discovering & booking a flight or hotel, for not only consumer (Expedia vs Hipmunk vs Kayak vs Trivago) but also travel agencies and airlines themselves.

These two databases happen to be centralized systems. That happened because when they were formed few people realized the value of the database. Now they’re worth more than most airlines combined.

A famous anti-pattern is the Global Repertoire Database (GRD), an effort in the music space to better compensate creators and rights holders. It failed in 2014 largely because significant players pulled out before it got widely adopted. The main issue was: who would control the database? (And decentralized databases weren’t in the toolbox at the time.)

This anti-pattern might just lead to another positive example. The Open Music Initiative (OMI) was recently created to tackle similar issues, but with the winds of blockchain at its back. It has momentum. I’m hopeful!

New industry consortiums forming around blockchain technology, take heart. Others have done it before you, successfully. These examples are your ammunition, as well as templates for success. Decentralized technology makes it easier, as both a technology tool and a political tool. Consortium databases, here we come!