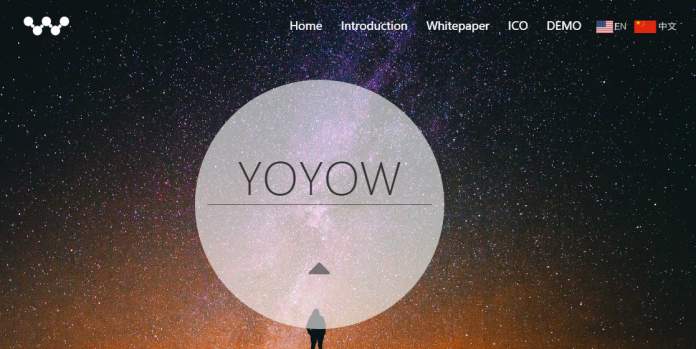 After the Initial Coin Offering (ICO) on BitFundPE owned yunbi.com planned for May 2016, the group plans to release the first version of yoyow will be released within the next few months.

The group is confident.

“Yoyow will become the Blockchain version of Facebook, Quora and Zhihu” said Alex Lee, media manager in yoyow project for oversea market .”Compare to our competitors (steemit, decent etc.), yoyow has many advantages: Firstly, the yoyow Blockchain is built on Graphene framework that provide fast confirmation speed, and use a new consensus algorithm – PoF (proof of flow) to better reward content creators, curators and third party platforms. Secondly, a lower system influence ratio, the annual influence ratio of yoyo coins will below 10% to avoid price fluctuation and ensure the investment from our investors is not eroded. Thirdly, yoyow built-in full toolkits for content compliance and advertising systems to make yoyow project more sustainable.”

Following are some main features of yoyow project:

Like witness system used by bitshares, yoyow has a similar system called “Council”.The members of Council are elected by stakeholders of the platform. Except for generating blocks, etc. the Council also has the right of removing content from the Blockchain if the content violates the law. BUT the removal right can only be used when majority is reached in the Council.

For any kind of social media platform and website, its value is always about website traffic. Platform carry information users needed. Traffic brings advertisement and profits to platform. So they believe user’s value to the platform can be evaluated by how many effective traffic users brings to the yoyow platform, and at the same time, yoyow gives rewards to users that creating useful content which attract more traffic to the yoyow platform.

Facebook
Twitter
Pinterest
WhatsApp
Previous articleSingapore-Based Blockchain Startup REIDAO Opens Up A New, Affordable Way To Participate In Real Estate Opportunities
Next articleBlockchain Technologies Corp. Speaks Before Maine State Legislature Committee on Blockchain Voting
Richard Kasteleinhttps://www.the-blockchain.com
In his 20s, he sailed around the world on small yachts and wrote a series of travel articles called, 'The Hitchhiker's Guide to the Seas' travelling by hitching rides on yachts (1989) in major travel and yachting publications. He currently lives in Groningen, the Netherlands where he has set down his anchor to raise a family and write. Founder and publisher of industry publication Blockchain News (EST 2015) and director of education company Blockchain Partners (Oracle Partner) – Vancouver native Richard Kastelein is an award-winning publisher, innovation executive and entrepreneur. He has written over 2500 articles on Blockchain technology and startups at Blockchain News and has also published in Harvard Business Review, Venturebeat, Wired, The Guardian and a number of other publications. Kastelein has an Honorary Ph.D. and is Chair Professor of Blockchain at China's first blockchain University in Nanchang at the Jiangxi Ahead Institute software and Technology. He has over a half a decade experience judging and rewarding some 1000+ innovation projects as an EU expert for the European Commission's SME Instrument programme as a startup assessor and as a startup judge for the UK government's Innovate UK division. Kastelein has spoken (keynotes & panels) on Blockchain technology at over 50 events in 30+ cities.