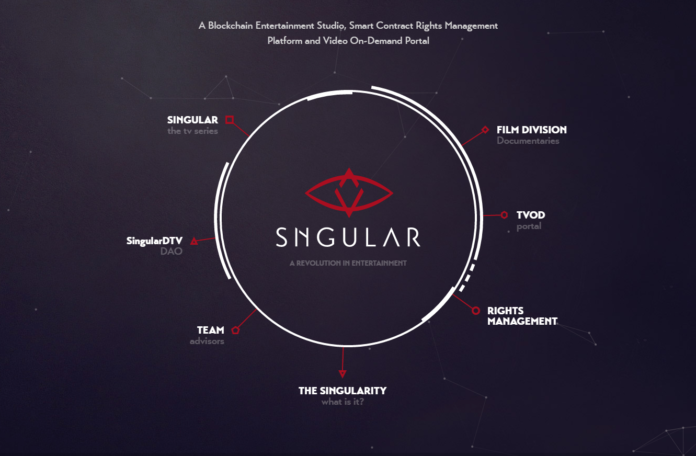 Writer/director/producer Michael Blieden has come aboard SingularDTV as a consulting producer to advise the company on its launch event taking place in Q2 of 2017.

Blieden’s resume includes such television programs as Late Night With Jimmy Fallon, Brooklyn Nine-Nine for Fox, Sirens for USA, Up All Night for NBC as well as live specials for comedians Zach Galifianakis and Joe Rogan plus music videos for Fiona Apple and Kanye West.

“We’re thrilled to have Blieden on board.  His experience and energy is extremely valuable and we look forward to great things to come. He’s also a big supporter of Ethereum and even requested to be paid in ether.”

SingularDTV is launching the beginning of its entertainment ecosystem this year with launch events taking place in Q2 and Q4 of 2017.  The first version of SingularDTV’s Rights Management Gateway is set to launch in Q2, followed by its decentralized distribution portal set for release in Q4.

Michael Blieden is a writer/director/producer.  He most recently directed the Sex&Drugs&Rock&Roll pilot and first season for FX.  His previous directing work includes Brooklyn Nine-Nine for Fox, Sirens for USA, Broad City for Comedy Central, Up ALL Night for NBC, Awkward and The Inbetweeners for MTV and Children’s Hospital for Adult Swim.  He directed, co-wrote and starred in a pilot for IFC called International Plan.  Prior to his episodic work, Blieden directed all the short films and roll-ins for Late Night With Jimmy Fallon, where he was also a staff writer.  Blieden has produced and directed live specials for comedian Zach Galifianakis and Joe Rogan plus music videos for Fiona Apple and Kanye West.

Blieden began his career as a comedic actor.  In 1996 he began appearing on Comedy Central’s The Daily Show, where he made fun of music videos and local commercials.  In 2003 Blieden wrote and starred in the movie Melvin Goes to Dinner, which was produced and directed by Bob Odinkirk.

SingularDTV is laying the foundation for a decentralized entertainment industry with its ecosystem of applications; from a revolutionary rights management gateway to a peer-to-peer distribution portal.