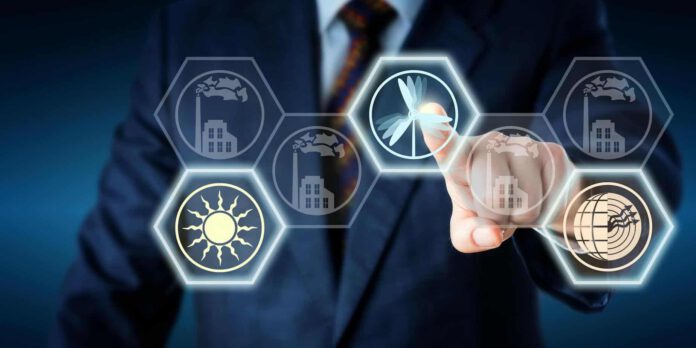 Twenty three European energy trading firms have joined forces in order to conduct peer-to-peer trading in the wholesale energy market using innovative Blockchain technology. Trading will take place on an enhanced Enerchain framework a Blockchain based application developed by PONTON that has already been used to execute the first European energy trade over the Blockchain at last year’s EMART conference in Amsterdam.

The Enerchain software allows trading organisations, using encryption technology, to anonymously send orders to a decentralised orderbook which can be hit by other trading organisations. All this is done “peer-to-peer” without a central marketplace operated by a third party.

The early mover group participants have committed to share the required development costs in order to proof the concept with a full-scale prototype which is integrated into participants existing trading infrastructure and supports a decentralised credit limit solution required for bilateral trading.

The variety of participants is reflected in the broad range of traded products, including forward trades, spot trades, load curves and more exotic trades all with physical delivery as well as the focus on regional markets. Enerchain is going to support a broad range of energy products like dayahead, monthly, quarterly and yearly baseload for power and gas. Find out more about Enerchain here.

Enerchain is powered by Tendermint, the leading open source Blockchain engine. Partner and provider of the trading screen technology in the project is pdv Financial Software GmbH, a sister company of PONTON, which develops innovative platforms for trading, position keeping and risk management as well as exchange platforms for various types of securities across asset classes, associated derivatives and treasury products.

PONTON is in discussion with further interested companies that consider joining the initiative and anticipates that the number of participants will be enlarged.

The proof of concept will run until the end of 2017. A crucial phase of the project will be during the fourth quarter when participants intend to start live trading on Enerchain. If successful, Enerchain would be the first Blockchain-based P2P trading system for wholesale energy products going live.

Petter Torp, Head of Operations at Alpiq says: “Alpiq is in the forefront of digitalization and as a natural next step the participation in this proof of concept is in line with how Alpiq would like to further evaluate opportunities within our trading processes. By participating in the early mover group, Alpiq will get a first insight into how to increase the level of digitalization which is in line with the strategy of Alpiq to be a market leader in this field”.

“We are verynel we are implementing the Open Innovation approach to tackle the challenges of the current energy scenario and as such we are an active promoter of the Blockchain initiative. This new technology will bring significant value to the industry as long as the energy community acts together.”

“Total is focused on ensuring high security standards for the Gas and Power Trading processes. If successful, this initiative with Enerchain, could enable a leap forward for the whole trade lifecycle. For Total, it offers the opportunity to improve our understanding of the Blockchain technology and its potential applications to support internal processes,” stated Philippe Chauvain , Vice President Risk Control and IT – Total Gas & Power Limited.

“We are working with PONTON to provide the best scalable consensus middleware (Tendermint) so that PONTON can rapidly innovate in the energy Blockchain vertical. We’re excited to see PONTON develop on our platform and contribute to the Tendermint ecosystem,” said Jae Kwon, Founder and CEO Tendermint.

“Blockchain technology is a new way to create disruptive software applications and business models. After having experienced increasing marketing buzz from the FinTech and energy sectors, PONTON has decided to actually implement an own Blockchain stack on top of the Tendermint software. The project practically shows the power of the Blockchain by creating a marketplace that does not require a physically centralised platform. Enerchaindemonstrates what can be expected for the future in related areas of energy trading: P2P wholesale trading, flexibility trading in the regional grid, and synchronising grid management processes between TSOs and DSOs“.