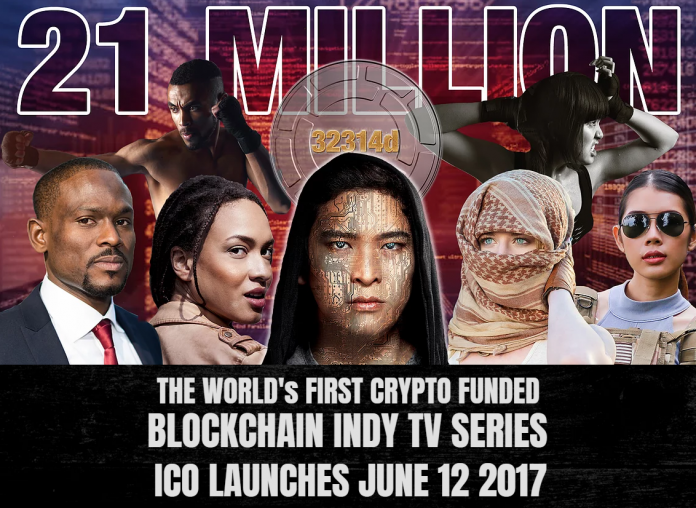 As The 21Million Project confirms ICO dates 12th June 2017 with a Pre ICO period from the 1st June 2017 excitement is already building around this innovative film & TV funding & production project.

“Owning 21Million Coins (“21MCoin”) gives film & TV fans the opportunity to get involved in the making of a high quality TV series. This is an opportunity they would never normally have “says Nick Ayton Co Founder. “Small investors never get a sniff at investing in a Hollywood production, where decisions and activities happen behind closed doors, and where too often, investors, cast and crew are on the end of a deal that keeps on changing”.

The current Film and Entertainment operating model serves to protect deal makers who create nothing and yet have all the power, while artists, creatives and fans get a raw deal.

Hollywood is an industry full of middlemen, with fees and charges that don’t add up and eat into investor profits, and in many cases eliminate them completely.

The 21Million Project is an Indy Production that uses funding from the crowd, the genuine fan, as well as crypto investors and the broader Libertarian community.

“We’re telling the story of Bitcoin – a story that hasn’t yet been told.  And there are many who want it to remain that way” says Nick Ayton, CTO. “Our story mirrors reality, the Bitcoin journey and the Libertarian movement that aims to change how things are done”.

“We wanted to get under the skin of the establishment” says David Lofts, Creative Director & originator of the 21Million Storyline “We wanted to expose the elitist and often illegal way that our world is run, By bankers who own Politicians, and to do it with visceral action and drama that connects with a new generation of crypto enthusiasts. The aim here is to create more Blockchain evangelists and drive adoption of crypto currencies”

“This doesn’t just need a large canvas. It needs a global canvas. That’s why it makes perfect sense to approach the project as a TV series, so we do justice to what is a complex story, a web of intrigue and the revelation of a world within our world.”

The world of Film and Entertainment has been sullied by the Hollywood system for far too long. Everything happens behind closed doors; opaque accounting practices & demagogic patriarchy dominate and claims of racism, sexism, gender inequality and pay discrimination are part of the everyday scene.

The 21Million Project offers a new approach to production finance as well as an open, transparent, diverse and equal approach, where fans can become investors and see exactly how their money is being used.