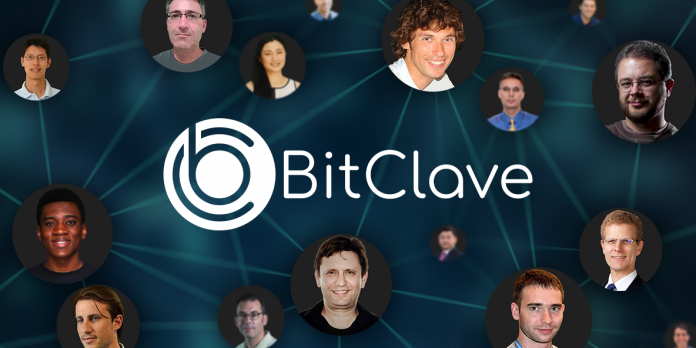 Blockchain startup BitClave is planning to launch what they coin ‘the first product of its kind’ called the “Bitclave Active Search Ecosystem” (BASE) which will result in advertisers and online consumers receiving value from every relevant search query in the BASE ecosystem.

The startup says BitClave’s BASE reduces the cost of online interactions between the Internet users and online advertisers by eliminating the middlemen using cryptography and activity ledgers to create smart contracts and that using the BASE application, a user can profit off of every search result in which his demographic information meets the ideal customer profile that the online advertiser is willing to pay for. Adding that users receive peace of mind from having their data securely stored on the Blockchain, which is unhackable.

How does this work?

Each relevant search query credits the user a certain amount of Consumer Activity Tokens (CAT), the custom currency of the BASE ecosystem, from the online advertiser, which he or she can then in turn use to pay for online or in-store merchandise from any retailer which accepts the CAT currency. As a byproduct, BitClave says their open source BASE has the potential to become the most advanced affiliate rewards program of its kind, enabling customers to not only get rewarded from searching for relevant products, but also enabling advertisers to avoid wasting money on ads that reach those who do not qualify as their target customers and rewarding customers for each search made within the BASE partner ecosystem.

The team says they are already in discussions to expand its BASE ecosystem by engaging with large online retailers and will aim to hit one million searches per month in the coming months.

“The platform is built by best-in-class security experts such as Alex Bessonov, former Chief Security Officer at LG Electronics, Patrick Tague (PhD) and Emmanuel Owusu of Carnegie Mellon University, and Vasily Trofimchuk, founder of Astra as well as twenty engineers with a variety of diverse experiences in the Blockchain and adtech verticals. The advisory board also consists of Gerald Beuchelt, the CISO of Demandware as well as Kevin Doerr, the SVP of GoDaddy.”

On July 25th, BitClave will for the first time, open the BASE ecosystem to the public and give the opportunity for all accredited investors to purchase tokens in a token sale. They are currently opening up pre-ICO discounted funding.

“With eCommerce becoming increasingly competitive and hundreds of brick-and-mortar stores closing each month, retailers are now placing all their bets online and spending billions of dollars competing for consumers’ attention with costly online advertising campaigns which, for the most part, are ineffective in reaching relevant audiences. The result of such competitive pressures in an increasingly crowded market are shrinking margins for retailers due to decreasing revenue coupled with higher customer acquisition costs. What if there were a way for retailers to gain a competitive edge by cutting costs through less advertising but more relevant ads, increasing revenue while simultaneously establishing greater customer loyalty?”

“The cure-all that retailers have been looking for has finally arrived with Bitclave’s Blockchain based BASE (Bitclave Active Search Ecosystem), which seeks to alleviate the pain felt by retailers, caused by the increasingly competitive eCommerce landscape, often dominated by companies such as Amazon and Alibaba.”

BitClave say they can increase average transaction values for retailers and cuts advertising cost through BASE which allows retailers to eliminate the middlemen in traditional search advertising.

Using Bitclave’s BASE, users can store their data securely on the Blockchain and only allow retailers to advertise to them on a case-by-case basis by opting in and establishing smart contracts directly with retailers who also utilize Bitclave’s BASE. The incentive to opt-in and adopt the BASE application comes from the user’s desire to reclaim their personal information and the earning potential that comes from each search query. The demographic information meeting the ideal customer profile will enable the consumer to receive Consumer Activity Tokens, (CAT)’s from retailers that are part of the BASE ecosystem, which they then are able to use within the ecosystem of BASE retailers toward their next transaction.

“The probability of potential data breaches are becoming more and more of a threat to the world economy as Internet giants become increasingly attractive targets, as evidenced by the hacking of Yahoo during its acquisition talks with Verizon, leading to 500M users’ private information being exposed and a $350M decrease in valuation overnight. Each new cyberattack results in a loss of trust and customer loyalty, a tarnishing of brand, and irreparable damage done to millions of users’ lives due to exposure of personal and financial data.  With the mass adoption of IoT devices, the stakes are only becoming higher, with users’ offline behaviors in the home, gym, workplace and on the road all stored in the cloud and vulnerable to data breaches and exploitation. With each new cyberattack, internet users realize the increasing need to safeguard their personal data, to protect their personal lives, finances, and careers.”

Bitclave, founded by the former Chief Security Officer of LG Electronics say they seek to bring peace of mind to Internet users, by protecting users from hackers by safeguarding their data on a nonhackable Blockchain infrastructure and allowing users to opt-in and allow only select organizations to access their data in one-off “smart contracts”.