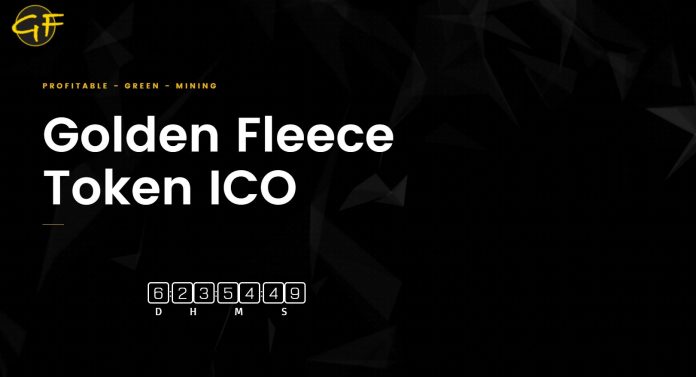 The Golden Fleece Project, a massively ambitious altcoin and cryptocurrency mining operation – is kicking off the first stage of its GFL ICO set to begin on August 15, 2017. The team recently finished their pre-sale which ended on July 30th.

Golden Fleece plans to expand and build up a cryptocurrency mining data center on the Black Sea coast in Georgia, a country at the intersection of Europe and Asia, where the national legislation is supportive of cryptocurrency and energy is cheap.

One of the top Georgian banks, Liberty bank is trading bitcoin and Litecoin. Moreover, Bitfury, a leading Blockchain technology company recently partnered with Georgia’s National Agency of Public Registry (NAPR) to put their data on Blockchain.

Other benefits of Georgia for mining

Speaking with the team, they stated they are currently in the process of getting its smart contract deployed. With the funds received from its ICO stages, Golden Fleece will be growing and developing its mining rigs and facility.

For diversification purposes, Golden Fleece is planning to use different types of mining equipment for numerous cryptocurrencies. Ethereum and other GPU compatible altcoins will have the largest share in the facility, however, the company said they also plan to install a small amount of ASIC miners. It has already put a pilot mining facility into production with more than $200,000 USD invested.

There are 100 million Golden Fleece (GFL) tokens issued in total. Only 71 million will be available during the ICO stage(s).

Tokens will be sold in 3 stages:

8 million tokens will be distributed and sold out of ICO campaign for up to 10 large partner investors for 0.5 USD per token.

After raising capital for the project, the building phase including grid connections will last 3-4 months. By February 2018, the data center will be operational. Half of the profit generated will be distributed to Golden Fleece token holders by means of a token repurchase scheme. Tokens will be repurchased according to a monthly plan at the market price. Another half of the profits will be reinvested to increase data center capacity.

More information on the Golden Fleece Project can be found in the company white paper.