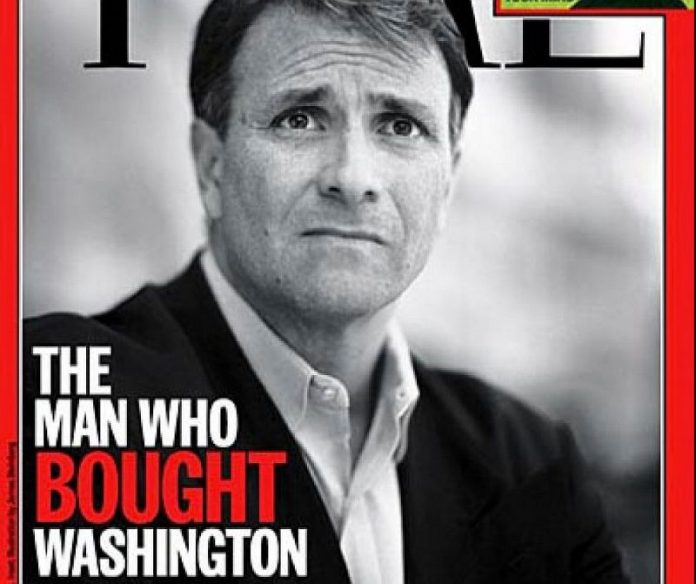 The project brings famed and fearsome former lobbyist Jack Abramoff back to his Washington stomping grounds to coach activists from the innovative and revolutionary digital currency AML Bitcoin as they navigate the halls of Congress.

Following AML Bitcoin (formerly Aten Coin) creator Marcus Andrade and his team of ‘currency nerds,’ CAPITOL MAKEOVER: BITCOIN BRIGADE tracks the brilliant technologists’ crusade to prevent Congress from unintentionally destroying the digital currency industry. The cameras will follow the ‘Bitcoin Brigade’ through their boot camp with Abramoff as he transforms them from techies to lobbyists ready to take on Capitol Hill. The project brings television audiences inside two fascinating, yet closed worlds: the rough yet strategic arena of American political lobbying and the intriguing world of digital currency.

“We are fascinated by the story of crypto currency and how it could change the consumer world as we know it,” says Martin Kistler, CEO and Chief Creative Officer of Ignition Creative, “We want this series to really get under the hood of one of the most relevant industrial changes happening today by shining a light on the people right at the center these heated debates – including the expert of what goes on inside the smoke-filled rooms of Washington: former lobbyist Jack Abramoff.”

Notes Andrew Williamson, president of Blockchain Entertainment and head of Production and Development for Kylin Pictures (Hacksaw Ridge, American Made):

“Digital currencies, such as Bitcoin, have been exploding in the past year, with much of the world looking on in wonder. However, the digital currency world itself is in a panic over recent and likely future moves by the United States Congress to halt the exponential growth of bitcoin. We wanted to delve into that conflict in a way that would be unique and riveting, and knew that the work of Marcus and his team at AML Bitcoin, when combined with a coach with the experience and savvy of Jack Abramoff, was the perfect entry into this turbulent world.”

Abramoff was one of America’s most successful lobbyists before being brought down in a political scandal that landed him in federal prison. Since his release, Abramoff has worked tirelessly to reform the lobbying system. Abramoff will not be lobbying Congress for this cause, only training and molding the activists to survive the insider Washington game, which few know as well as he does.

“When Marcus approached me, I didn’t know a bitcoin from a sirloin. But, after learning about this vital new technology, I quickly realized that his mission was essential if our nation is to continue to lead the world in innovation and finance – and so I pledged to do whatever I could to help – short of lobbying Congress myself,” says Abramoff of the new project, “However, Marcus only wanted me to train his team. The request seemed odd, since I am used to training polished, crafty Washington insiders to lobby, not nerdy techies. But, AML Bitcoin’s group, while naïve to the cutthroat world of Washington, are the kind of people that most Congressmen would love, if were they to get a chance. I signed right up and plan to train them to deal with the worst Washington has to offer!”

Co-executive producer Jesse Kennedy (HBO First Look, Brooklyn’s Finest) adds, “Abramoff is this Apocalypse Now ‘Colonel Kurtz’ figure, both mysterious and THE expert on how to get something done in Washington. Despite the inevitable clash of styles and cultures, it’s a partnership perfect for taking Capitol Hill by storm.”

“AML Bitcoin has innovated technology in the digital currency world that Washington needs to know about. Congress is on the verge of destroying American opportunity in what is clearly the biggest financial restructuring in modern history – and our team needs to ensure they understand this issue and do the right thing,” explains Marcus Andrade, president of the National Aten Coin Foundation. “But we don’t know the world of Washington – and most of official Washington is already in the hands of the very banking establishment that wants to shut down the digital currency world. We needed a wild card to teach us how to win, and the biggest wild card in recent Washington history is Jack Abramoff.”

Ignition Creative is a world-renowned television and motion picture production and marketing firm. They are original content creators for major studios and brands, including Sony Pictures, Netflix, and ESPN.