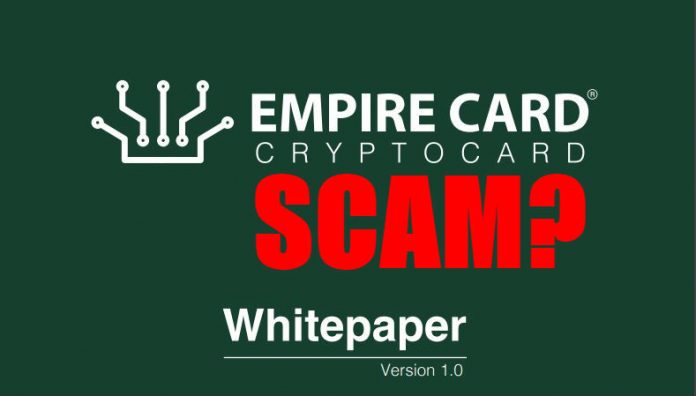 It would appear that upcoming ICO Empire Card has gotten caught red handed using fake profiles and images for their team, leading to speculation that they are a ripoff scam coin ready to pump, dump and run.

Clever due diligence at BitcoinTalk by FiNaLize horizontally reversing the images and doing Google Image search has revealed that Empire Card’s alleged CEO is actually an image of French actress Sabine de Poncins and their CEO has no profile on Linkedin.

Further research by Blockchain News revealed that the head of Marketing Steven White is really Jonathan Harold Fryer –  a British writer, broadcaster, lecturer and Liberal Democrat politician. And that the domain registration is hidden behind a privacy wall further obfuscating the project and team behind the project.

The phone number on the website begins with +44 203 which is listed a a fake prefix in the UK at Fakenumber.org 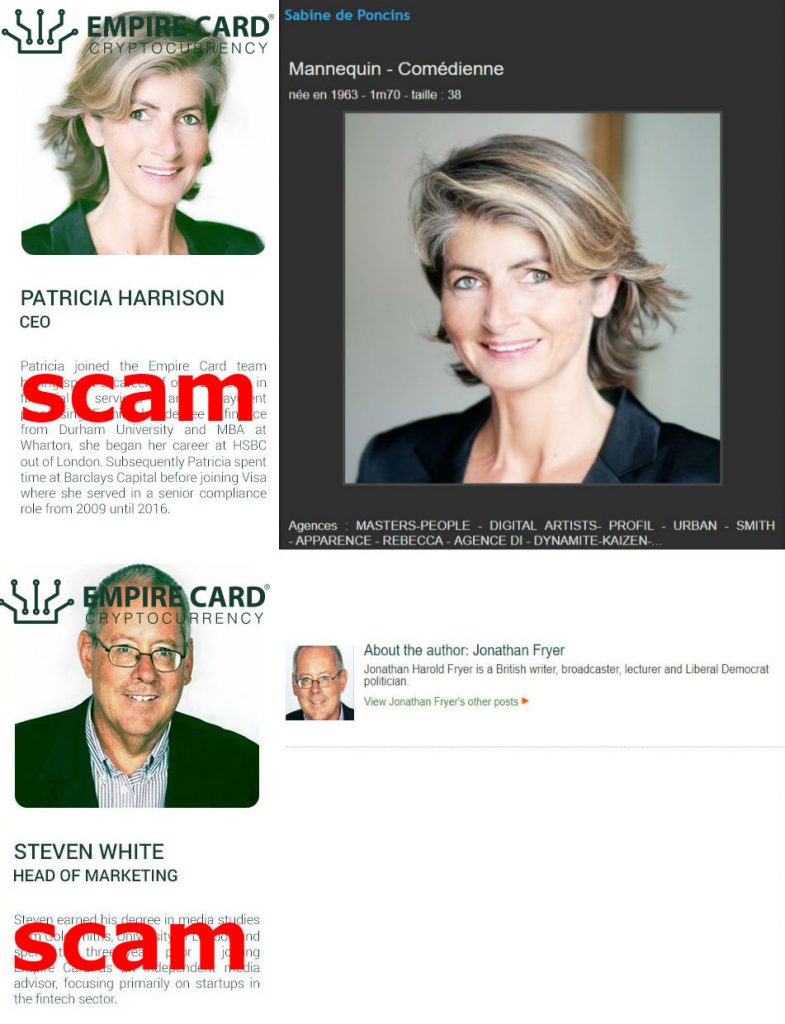 To seem more information on the project getting caught red handed go to Bitcointalk forums here.