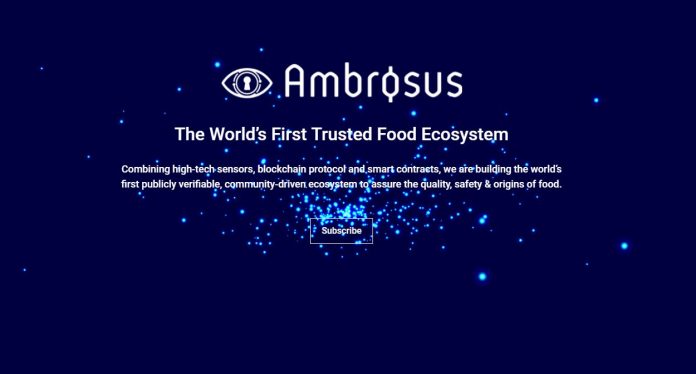 According to this list of the largest crowdfunding projects of all-time, Ambrosus has just surpassed Basic Attention Token (BAT) as the 10th highest funded project ever recorded with over 106,790 ETH ($36.6 million USD) raised to date – with one week still remaining.

While the list is missing a few recent notable projects such as Kyber and Kik (reflected in the chart below), this is a reassuring sign for the cryptocurrency community, which has been under recent scrutiny due to ICO regulations and an increase of ICO and token sales in the market.

Ambrosus is reinventing the supply-chain industry to help make food and medicine safer to consume. Their technology will use smart contracts and tagging to track products from their source, validating the quality assurance along the route of transport.

“Every year there are hundreds of thousands of deaths from counterfeit medicine. For the last 10 years, the number of food scandals has been increasing with a number of contaminated, poorly stored or low-quality food cases increasing and tens of billions of dollars to the industry. We are trying to solve this problem.”

Through the first half of 2017, ICOs, token sales, and TGEs raised approximately $1.7 billion, significantly outpacing traditional venture capital investments. To date, it is estimated that over $2.3 billion has been raised with ICOs stemming back to 2015, with the overwhelming majority of this amount occurring in the first half of 2017.

Here is a snapshot of traditional VC funding in comparison through July 2017: 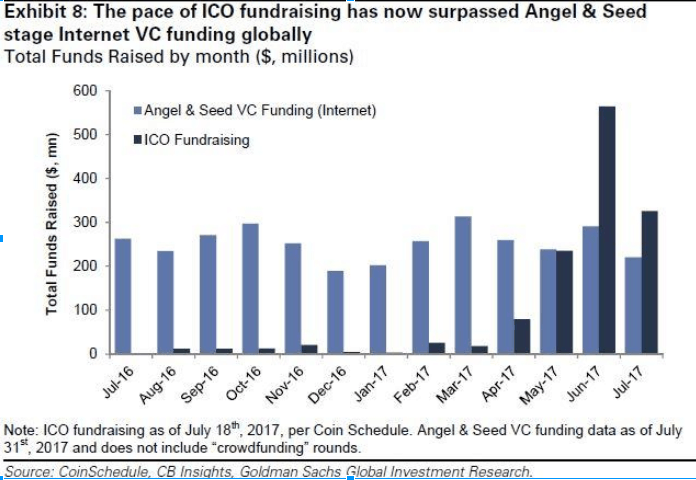 14 out of the 15 largest ICO and token sale fundraises to date have been in 2017, showing the growth of both the blockchain industry and public participation in the market.Most notably, Bancor raised over $153 million in roughly 3 hours through crowdfunded Ethereum contributions.

Despite this success, there have been roadblocks for the industry, but recent ICO success has proven the strength and value proposition offered in funding blockchain-based technologies.

Original source has been modified and updated through September 2017. All information is based off of linked sources and may be incomplete and or “inaccurate” depending on the current price of ETH and the price of ETH on the ICO reported closing date.