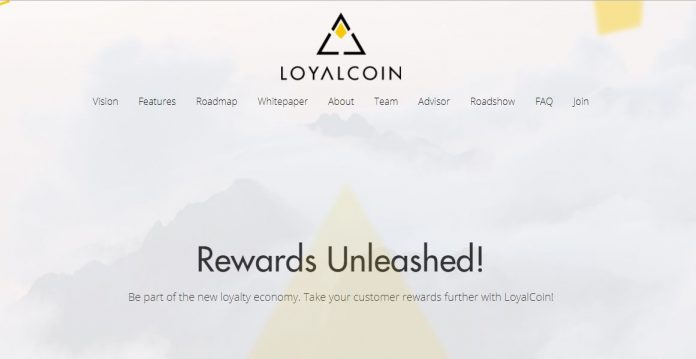 Appsolutely, the Blockchain omnichannel loyalty solution, today unveiled its LoyalPlatform, LoyalCoin (LYL) and LoyalWallet, to unify the complex and disconnected $1.68 billion loyalty industry and ensure that the value of “rewards” is converted into commerce. The platform is the foundation for a new “Loyalty Economy,” a next generation ecosystem in which consumers can use a single currency (LYL) to redeem and exchange benefits from any participating brand, anytime and anywhere. Appsolutely’s technology provides an unprecedented opportunity for brands to engage and build stronger relationships with consumers.

“While the value of loyalty is based on proven ‘old school’ methods of impacting consumers’ relationships with brands, Appsolutely is advancing the industry with a ‘new school’ Blockchain-backed philosophy that makes the value proposition of loyalty far more accessible,” said Patrick Palacios, founder and CEO of Appsolutely, Inc. “Our LoyalPlatform, LoyalCoin and LoyalWallet enable brands to treat their high-value customers in a way that truly builds deep relationships for the first time.”

The biggest success factor for loyalty programs is access to value and having a central place where rewards can be redeemed. The LoyalPlatform on Blockchain opens up endless possibilities for redeeming rewards through a decentralized platform that makes it easier for brands to provide loyalty programs that enable consumers to participate wherever they want to use their rewards.

“The inability to redeem rewards is why loyalty programs in the United States have underperformed to date,” said Palacios. “They’re too fragmented, and it’s difficult to get all the retailers on the same page to convert rewards. Blockchain offers a powerful, decentralized platform that brings cohesion to the loyalty marketplace.”

In general, customer loyalty programs face issues with limited active users and low redemption rates. By creating a unified Blockchain-enabled ecosystem where rewards from a variety of different brands can be exchanged and redeemed broadly via a unified token, it creates a more engaging, flexible and active ecosystem for loyalty programs.

“Appsolutely’s vision is to provide the foundation of a new Loyalty Economy,” said Palacios. “We’re freeing loyalty from everything that has limited its effectiveness for decades by creating a more fluid and empowering model. Now brands and consumers can engage in a way that isn’t like anything the market has seen before.”

Components of the Loyalty Economy

In order to create and distribute loyalty value on the LoyalPlatform and fund the long-term value of the Loyalty Economy, brands will need to make LoyalCoin (LYL) available to consumers. LYL, an ERC20 compliant token built on the Ethereum network, is an integral part of the open-source development and operational environment, along with sample code, documentation, developer training, extensive API’s, collaborative community tools, and access to 3rd party add-ons, tools and frameworks. LYL Tokens provide essential utility to LoyalPlatform, providing never before realized flexible value through distributed, omnichannel redemption channels.

Appsolutely will make LYL Tokens available through an initial token offering on December 11, 2017. Anyone interested in learning more about the tokens and Appsolutely’s technology can download the whitepaper.