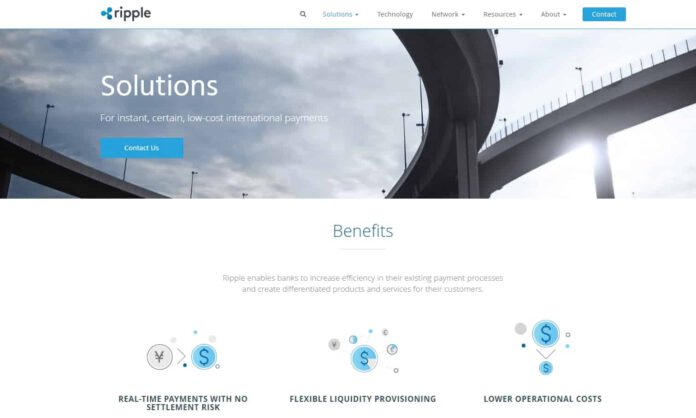 Ripple has announced the appointment of Benjamin Lawsky, the former New York superintendent of Financial Services, to its Board of Directors (BoD), as well as Ron Will as chief financial officer (CFO).

Lawsky and Will will play central roles in Ripple’s mission to achieve frictionless cross-border payments through the increased use of the digital asset XRP by financial institutions around the world.

Benjamin Lawsky joins Ripple’s board with more than 20 years of experience in every branch of government, at both the federal and state levels. He is widely recognized as the architect of the BitLicense, New York’s industry-leading regulation for digital asset businesses operating in the state. Lawsky served as New York State’s superintendent of financial services from 2011-2015, where he regulated all New York State-chartered banks, the majority of United States-based branches, and U.S. subsidiaries of foreign banking institutions in New York.

A distinguished voice in both the cryptocurrency world and financial services, Lawsky also served as co-chair of Governor Andrew Cuomo’s Cyber Security Advisory Board after a tenure as the Governor’s chief of staff. He got his start as an assistant United States attorney in the Southern District of New York and as chief counsel to U.S. Senator Charles Schumer. Lawsky has also been a visiting scholar at Stanford University’s Cyber Initiative.

“Ripple is the leading enterprise blockchain company in the world today and is one that truly understands the importance of regulation-enabled innovation,” said Lawsky. “The company and its leadership are passionate about making our global financial system more efficient, more secure and more fair. I share those same goals and am thrilled and humbled to work side by side with their incredible team as they continue to pave the way for the growth and accelerating adoption of blockchain and digital assets in the years ahead.”

Ron Will joins Ripple’s management team following nearly three decades as a senior financial executive and investment banker. Will has successfully scaled both established and emerging companies and most recently served as CFO of TubeMogul, leading to their acquisition by Adobe this past year. Prior to TubeMogul, Will served as CFO, CCO and operating partner at the growth equity firm Mainsail Partners, where his duties included guiding strategic and financial planning for the firm and its portfolio companies. Earlier, Will served as CFO at BrightRoll from 2011-2015, until it was also successfully acquired by Yahoo!.

Will previously served as vice president of finance and treasurer of Yahoo! for seven years, working with many leading technology and financial pioneers including current San Francisco 49ers’ co-owner and former Facebook and YouTube CFO, Gideon Yu. Will also spent 12 years as an investment banker.

“Throughout my career, I’ve been most excited when working with hyper-growth companies, and as Ripple keeps bringing on customers like American Express and over 100 other financial institutions, it’s clear that this is one of those rare opportunities,” says Will. “The problem that Ripple is solving around cross-border payments is something that I understand the pain of first-hand as treasurer at Yahoo!, and I know that corporate customers are going to keep driving demand for this much-needed overhaul of the payments system.”

“Transforming global payments is no small feat and I couldn’t be more thrilled to have the expertise of Ben Lawsky and Ron Will on our side to help make that mission a reality. Ben deeply understands the nuances of both digital assets and financial regulation, and I’ve seen Ron’s tenacity and ability to scale and execute like none other while we both worked at Yahoo!. Both Ben and Ron’s skillsets will be instrumental as we look to capitalize on the interest and opportunity around blockchain, XRP and the impact they will have on payments in 2018 and beyond.”

Facebook
Twitter
Pinterest
WhatsApp
Previous articleAdvised by the Co-Founders of YouTube and Twitch, Theta Announces a Blockchain-based Video Delivery Network
Next articleGlobal Debt Registry Unveils Collateral Pledge Blockchain Proof of Concept
Richard Kasteleinhttps://www.the-blockchain.com
In his 20s, he sailed around the world on small yachts and wrote a series of travel articles called, 'The Hitchhiker's Guide to the Seas' travelling by hitching rides on yachts (1989) in major travel and yachting publications. He currently lives in Groningen, the Netherlands where he has set down his anchor to raise a family and write. Founder and publisher of industry publication Blockchain News (EST 2015) and director of education company Blockchain Partners (Oracle Partner) – Vancouver native Richard Kastelein is an award-winning publisher, innovation executive and entrepreneur. He has written over 2500 articles on Blockchain technology and startups at Blockchain News and has also published in Harvard Business Review, Venturebeat, Wired, The Guardian and a number of other publications. Kastelein has an Honorary Ph.D. and is Chair Professor of Blockchain at China's first blockchain University in Nanchang at the Jiangxi Ahead Institute software and Technology. He has over a half a decade experience judging and rewarding some 1000+ innovation projects as an EU expert for the European Commission's SME Instrument programme as a startup assessor and as a startup judge for the UK government's Innovate UK division. Kastelein has spoken (keynotes & panels) on Blockchain technology at over 50 events in 30+ cities.