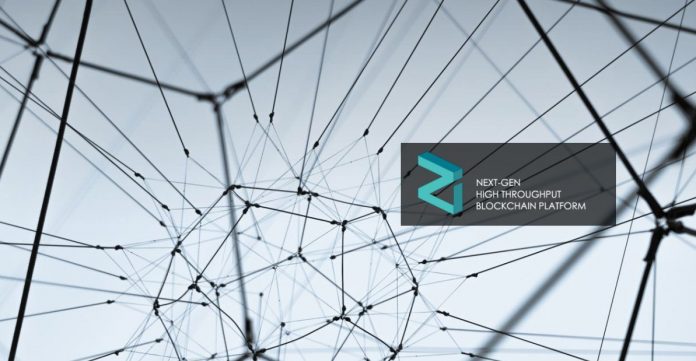 Zilliqa, an anticipated high-throughput ‘sharding’ Blockchain platform announced yesterday evening on their Slack and Telegram channels that the company would be reducing their fundraising amount from $30 million to $20 million in their upcoming token generation event, scheduled for early January.  This comes just one week after the project announced a strategic partnership with FBG Capital and made several high profile media appearances, including last week’s episode of Epicenter.

Last week, Zilliqa stated on their social media channels that they had received overwhelming interest in their ongoing pre-sale. Today, the company announced they would be lowering the hardcap of their upcoming token generation event to $20 million from $30 million and that more details would be announced shortly.

The company said in a statement:

“After taking into consideration feedback from our advisors, early adopters, and the community, we have decided to revise our planned hard cap closer to USD 20m.  With strong community support we are confident we can execute our R&D plans to ensure the rapid adoption of Zilliqa.”

The Zilliqa Blockchain platform is based off of the concept of ‘sharding’ that the a team at the National University of Singapore proposed in a paper back in 2015, but hasn’t yet been deployed as an open and permission-less Blockchain at scale until now.  The team led by Dr Xinshu Dong continued its work at Anquan, a spinoff of National University of Singapore, where Prof. Prateek Saxena is a co-founder. The idea is to automatically split up a large network of machines processing transactions into parallel sub-committees or “shards”. Each shard processes its own microblock in parallel with other shards, and resulting micro-blocks are merged into one final one.

For their smart contracts, Zilliqa proposes a new ‘scalability-driven’ smart contract language that is not Turing-complete, but rather scales much better for a multitude of applications that range from automated auctions, digital advertising to shared economy. The smart contract language in Zilliqa follows a dataflow programming style, where the program can be seen as a directed graph, and nodes in the graph represent computations, while arcs represent input/output.

Last month, the company announced that they had reached a breakthrough of 2,488 transactions per second on an internal testnet of Amazon AWS instances.  Bitcoin and Ethereum currently process less than 10 transactions per second.  For perspective, with the current scaling rate, if Zilliqa were fully functional on the same number of nodes as Ethereum (~22,000) their transaction rate would be over 15,000 TX/s, nearly double the average of VISA, the largest electronic payment network in the world.

Zilliqa has stated that they will be announcing details soon about their upcoming token generation event with KYC / AML checks beginning in early December.

Facebook
Twitter
Pinterest
WhatsApp
Previous articleHealth Startup Etheal Combines Blockchain Technology with Micro-Incentives to Build a Peer-Reviewed Global List of Health Professionals
Next articleDecentralized Ad Exchange AdEx Partners with INK to Handle the World’s First Blockchain-based Ad Auction
Richard Kasteleinhttps://www.the-blockchain.com
In his 20s, he sailed around the world on small yachts and wrote a series of travel articles called, 'The Hitchhiker's Guide to the Seas' travelling by hitching rides on yachts (1989) in major travel and yachting publications. He currently lives in Groningen, the Netherlands where he has set down his anchor to raise a family and write. Founder and publisher of industry publication Blockchain News (EST 2015) and director of education company Blockchain Partners (Oracle Partner) – Vancouver native Richard Kastelein is an award-winning publisher, innovation executive and entrepreneur. He has written over 2500 articles on Blockchain technology and startups at Blockchain News and has also published in Harvard Business Review, Venturebeat, Wired, The Guardian and a number of other publications. Kastelein has an Honorary Ph.D. and is Chair Professor of Blockchain at China's first blockchain University in Nanchang at the Jiangxi Ahead Institute software and Technology. He has over a half a decade experience judging and rewarding some 1000+ innovation projects as an EU expert for the European Commission's SME Instrument programme as a startup assessor and as a startup judge for the UK government's Innovate UK division. Kastelein has spoken (keynotes & panels) on Blockchain technology at over 50 events in 30+ cities.