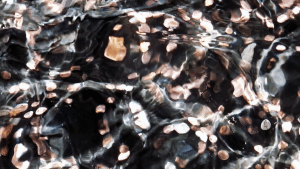 What is the difference between a utility token and a security? In an effort to carve out a place for cryptocurrency innovation, regulators have taken steps to draw a line around blockchain tokens that may not be securities, despite the speculative investment around them. This is not easy. “I have yet to see an ICO that doesn’t have a sufficient number of hallmarks of a security,” Jay Clayton, chairman of the U.S. Securities and Exchange Commission (SEC) said in November.

For now, the SEC seems to be leading the way, picking cases and making a thoughtful and thorough demonstration of their emerging position on regulating novel cryptocurrencies. Last week, the regulator shut down an ICO planned by Munchee, a San Francisco restaurant review startup. Munchee had made the mistake of promoting its offering as a high-return investment (among other mistakes, outlined by Coin Center here), prompting us to take a look at more than 30 other projects we’ve identified that have done the same thing.

Near the beginning of the fourth quarter, we provided an analysis to Bloomberg of the top 100 tokens on Coinmarketcap, putting each through a Howey Test list of questions. We found nearly three quarters at medium to high risk of being regulated as a security, based on a proprietary scoring system we developed.

Today, we’re going through that same list again — a snapshot of the top tokens on Coinmarketcap taken at the beginning of the quarter — to determine which projects either “promised gain” — promoted their token as a high-return investment — or issued their token before releasing their first product.

Here are our findings:

Does the project have a product?

The presence of a product in the market before the ICO reduces the regulatory risk because the logic behind the token’s utility can be usually tested out.

For example, Kik Interactive, the company behind Kik Messenger, released the KIN token in September following its 2 year experiment ended in 2016. Kik introduced a currency used in their app that allowed users to buy and sell specific products and services within the app such as written and video content.

Between 2014 to 2016, Kik users completed 253 million transactions using the in-app currency. The company decided to tokenize the in-app currency, allowing KIN holders to use the tokens within the app for similar purposes such as buying and selling content or to access VIP groups. The Kik ICO ended in September with nearly $100 million in funding.

Overall, a working product before the ICO lowers the regulatory risk because it is possible that interested buyers are buying the token for its utility rather than speculate on the token’s future value.

Does the token promise dividends or financial gains?

We look at projects that discuss “interest,” “dividend,” “financial gain” or any aspect indicating a token holder may passively gain from the actions of someone else, we elevate the regulatory risk score of the project. An example is the BitConnect cryptocurrency where the company almost guarantees a return on investment:

“The moment you acquire BitConnect Coin it becomes an interest bearing asset with 120% return per year through proof-of-stake minting. All you have to do to earn with this method is to hold coins in your BitConnect-QT wallet.”

Disagree on any of these measures? Let us know what you think: Join our Telegram group or drop a comment to share the factors that you look for when ICOs seem like securities. Or, if you’re just worried that your favorite ICO might run afoul of regulators, sign up for the private beta of Token Clarity, our Telegram-based investor alert bot, here.