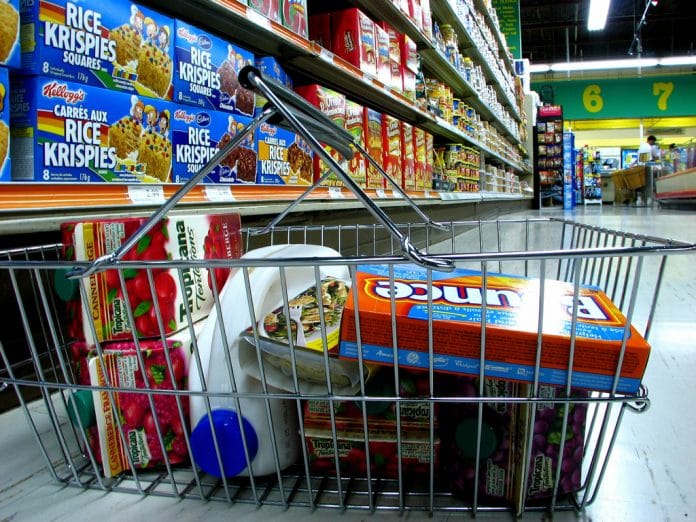 INS Ecosystem, a tokenized startup developing a decentralized platform for delivering groceries direct to consumer, announced Monday it has closed its initial coin offering (ICO), raising a total of US $42 million selling an ERC-20 token it calls INS.

According to data from Token Report, INS’ hard cap in the sale was 60,000 ETH, or USD $42.5 million at the Cryptocompare exchange rate posted at 0:00 Eastern US time on Dec. 25, the day of INS’ announcement. INS opened its crowdsale Dec. 4, according to Token Report, when Ethereum was priced at US $457.28; ETH went up 60 percent against the dollar over the course of the INS sale.

Moscow-based INS is developing a platform designed to enable grocery manufacturers to list and sell products directly to consumers. Features include customer feedback and loyalty programs. Founder Peter Fedchenkov is also the founder and chief executive of Instamart, a seed-stage food delivery startup founded in 2013 and operating in Russia. INS expects blockchain technology to make its grocery supply chain more efficient than incumbents.

INS emailed a press release announcing its sale close to Blockchain News. The release, copied below, offered the amount raised, but didn’t disclose how many investors participated or what the breakdown might be between presale fundraising and the public crowdsale. According to Token Report, 60% of all tokens will be sold in the ICO, 20% reserved for the fund, 15% allocated to the team, and 5% saved for advisors, early supporters and bounty initiatives.

The decentralized grocery marketplace will cut your grocery check by 30%

Aiming to disrupt the $8.5 trillion USD global grocery market, INS Ecosystem was founded by Peter Fedchenkov and Dmitry Zhulin and is set to pilot in 2018. The platform connects manufacturers directly with consumers with an aim to overcome retailer domination, and in turn, save consumers up to 30% on their everyday e-shopping.

INS Founder, Peter Fedchenkov said, “The staggering success of our token sale has left the INS team both humbled and overjoyed. When we set out on this incredibly ambitious mission, we knew that the only way we could succeed in revolutionizing the grocery industry was with a community that is as passionate as it is positive at our side. We heard loud and clear with this token sale that we have the full support of such a community.”

Within the INS Ecosystem, all manufacturers will be able to list and sell products directly to consumers, gain customer feedback, and reward loyal customers. Smart contracts will power loyalty programs, and blockchain technology will make the supply chain more efficient  trimming costs.

The funds raised from the token sale will correspond with the INS roadmap, with funding allocated for research and development; infrastructure; administration and operations; marketing and sales; and legal and contingency services.

“Grocery is the second largest retail industry in the world, yet it has remained perhaps the slowest to adopt emerging technologies. This presents an incredible opportunity for growth and change, and through our conversations with industry executives, leaders in the crypto space, and our community as a whole, it is clear that there is an enormous amount of faith in INS as the best suited project to take on this challenge,” added Fedchenkov.

To date, INS has garnered strong industry support and formal interest from some of the largest manufacturers globally, including 2 Sisters Storteboom, MARS, Reckitt Benckiser, Valio, Aviko, Capebe, FrieslandCampina, and Borjomi. In total, INS has seen over 500 independent suppliers from the UK, Netherlands, Brazil, Italy, Russia, and other countries explore joining the platform on its launch.

“This early milestone is a tremendous indicator that our work has hit a pressure point in arguably the most important industry in the world, and we are eager to continue moving along our project roadmap. We would again like to extend our sincerest thanks to the community and look forward to demonstrating that token sale participants were right to put their trust in us,” concluded Fedchenkov.

Photo of a grocery basket by Matt McGillivray, CC BY 2.0