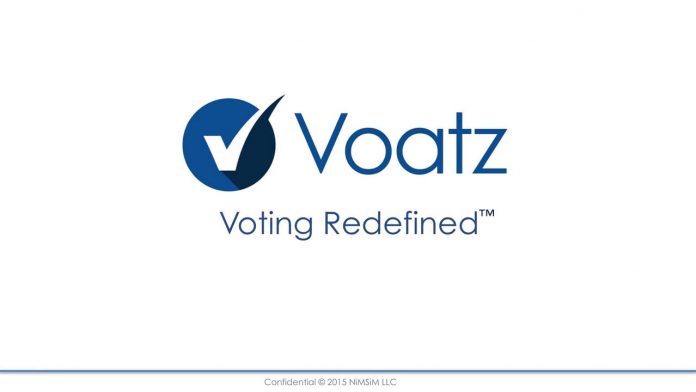 Voatz, an election voting and citizen engagement platform, announced a successful seed funding round of over $2.2 million led by Medici Ventures and in collaboration with the Urban Innovation Fund and Oakhouse Partners.

Medici Ventures President Jonathan Johnson said in a statement, “Voatz is a great addition to the Medici Ventures portfolio. The Voatz team has developed a leading solution to usher in an era of greater efficiency and transparency in voting.”

The invitation-only mobile platform has been employed by nonprofits, labor unions, universities and state political groups for voting in budget, convention and other internal elections, and is currently being deployed for use in town meeting votes across Massachusetts, the company says. Voatz has been used by over 70,000 participants and has received several accolades including the 2017 MassChallenge Gold Award, the 2017 Harvard SECON Prize, and 1st prize at the SXSW Citrix Hackathon, according to the company.

Andrew Maguire, investor at Oakhouse Partners, said in a statement, “We are deeply impressed with the entire Voatz team. Their innovative approach to combining biometrics and blockchain technology achieves a dramatic improvement in voting infrastructure security. The Voatz platform increases voter confidence and participation, solving two critical objectives of voting system organizers around the world.”

Medici Ventures is a wholly owned subsidiary of Overstock.com and focuses on investments in projects that use blockchain technology to provide secure, transparent and efficient solutions to real world problems.

Voatz co-founder and CEO Nimit Sawhney said in a statement, “We are delighted and grateful for the support we have received from our investors to help grow our team and accelerate the deployment of our cutting edge voting and citizen engagement platform.”