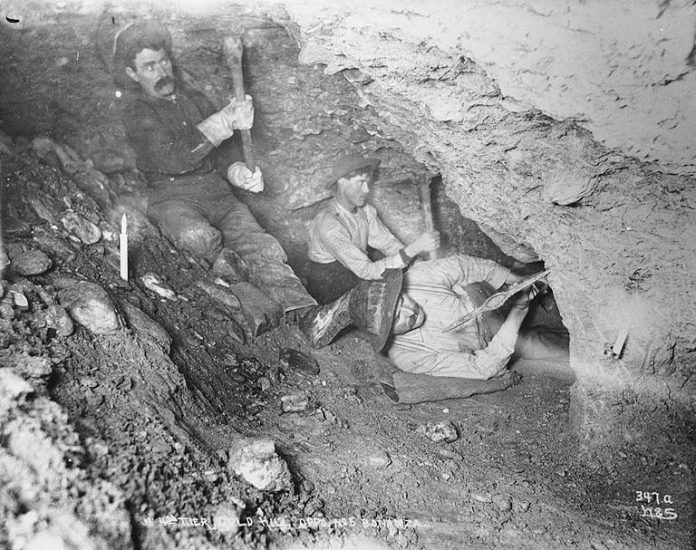 Issuers of initial coin offerings (ICOs) show signs of coming down, if not to Earth, then at least into lower Earth orbit. The pipeline for ICOs opening in the first quarter of 2018 is pointing to a slowdown in activity, and the average hard cap among this month’s scheduled projects is lower, after successive months in which only a handful of ICOs came close to meeting their stated ceilings.

In the first full week after the New Year holiday, pent-up supply is releasing a flood of ICOs, relative to the past three weeks, albeit with tempered expectations. Among the sales and presales set to open this week, there remain some truly crazy hard caps: 65 million USD for “Knowledge,” a kind of Quora-meets-influencer-marketing, for example. But most hard caps are in the sober 20 million to 30 million USD range.

To sift through the flood, I measured activity on Telegram and Bitcointalk forums, a capability that we’re testing for an alert service on Token Clarity. I also took a look at a few projects people asked about in our Telegram group.

My picks aren’t investment advice; you should consult an adviser and do your own research before making a decision. These are the coins I like or dislike, based on the information I have at my fingertips using our database and Token Clarity. If you’re a crypto analyst interested in using these tools in the same way, please get in touch.

Let’s be clear about one thing: You’d have to be tremendously naive to believe a tokenized startup is going to change the way banks do KYC. Especially in tax-shelter countries, where scrutiny is greater, these processes are cumbersome and mired in red tape. Customers who can reap the advantages of doing business there are willing to bear the cost. There is zero incentive for either side to experiment with an untested and lightly regulated technology.

SelfKey’s token mechanics are childishly simplistic. Retail customers and banking institutions pay validators (notaries, et al.) to verify identity, in the token, /KEY. Both parties would undoubtedly prefer to pay in cash or ETH, and will likely convert the token into another currency as quickly as possible after the transaction. Banking institutions must stake /KEY, which is a real head-scratcher, since it’s the validators on whose reputation the three-sided marketplace hinges. It’s hard to imagine these mechanics building any long-term utility value into the token.

Their demo product isn’t impressive: It’s an aggregation of services related to setting up identity. It’s presented as a marketplace, but it’s really just a referral site.

On the other hand, Hong Kong-based SelfKey has a ready market, which it’s already exploiting, in crypto economy players who need to perform some level of KYC. Anyone who’s registered for a crypto exchange has been through the process of uploading a selfie and a photo ID. SelfKey has become an established provider of this service. SelfKey has a market presence in a finance industry niche that’s willing to transact in tokens. That’s not going away overnight. It also has a bank, Standard Chartered, piloting its blockchain technology.

And, SelfKey has a ton of buzz, which comes from operating in a hot space in crypto (decentralized identity) with a big vision and a credible market presence. It also has a sale that’s set up right: Investors who didn’t get into the presale, where they offered discounts of up to 70 percent (50 percent with no lock-up) should feel some comfort in the USD 5 million hard cap SelfKey is holding themselves to in the public sale. Of all the projects opening this week, SelfKey has the most active community. With a relatively small crowdsale hard cap, that sets it up for a pop when it hits exchanges. They’re issuing 6 billion tokens and hanging onto 4.5 billion of them, with a little less than half that amount held for community “incentives.”

In a value buy, you have to satisfy yourself that the issuers are putting forward a token that more and more buyers are going to want to hold onto — usually because it provides access to something they can’t get as easily or cheaply through any other means.

I’ve been through this week’s presales and crowdsales and I can’t find a single token that meets that bar for me. I hope I didn’t miss one. I’ll try again next week.

A few quick notes on projects I would stay the hell away from.

Some rule themselves out right on their home pages, with statements that red-flag scams. Cedex, an Israeli diamond exchange project originally scheduled to open a presale this week: “Traders can have full confidence in buying and selling, even without prior knowledge of diamond trading.”

At least the developers at Boosteroid, a decentralized cloud infrastructure project based in Ukraine, are honest: Their project doesn’t have any need for the token: “WE ARE ALREADY BUILDING OUR COMPUTING FACILITIES and we will expand them regardless of the ICO results.”

Luven: It’s tough when you’re claiming a cancer diagnostics breakthrough, but the only press about your project is related to your ICO.

Ignite Ratings: There was a time when crypto investing guided by the “wisdom of the crowd” was an interesting idea. That time was before TRON.

From the Token Report Telegram group

There were three projects users were discussing in our Telegram group this week: Crypterium, Mobilink and Storiqa. I took a look at all three and decided to save Crypterium for later. I know it closes Saturday, but I need more time to look at it. Here’s my quick take on the other two:

Mobilink, a proposed mobile network based in the Philippines, did me the favor of red-flagging themselves as a potential scam in an auto-roll video right on the homepage: “All mobicoin tokens are expected to increase in value exponentially once the ICO is completed and trading on exchanges begins.”

Storiqa: A project that’s going to replace Amazon had better have some impressive developers, not an outsourced team offshore. (On any project, one thing I like to do is go to the team page and look up the first technical role listed. If the person in the role doesn’t have a LinkedIn profile that lists the project as their full-time job, I stop reading.)

Image of miners using picks in the California Gold Rush via public domain.