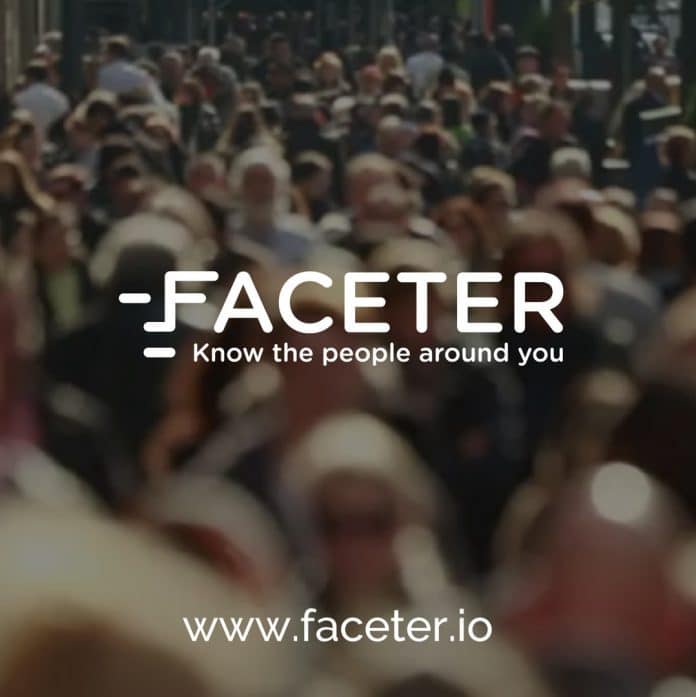 Faceter, the first facial recognition surveillance technology built on the blockchain, has announced the details of its initial coin offering (ICO): a presale starts Feb 1, with a crowdsale running March 10 to April 30 2018.

Faceter uses a fog network of miners to analyze video content in real time and evaluate faces, objects and events. Fog architecture is employed as a decentralized computing infrastructure layer that distributes data, compute, storage and applications in the most logical places.

Most current image recognition technologies for video are only possible after footage has been stored for later analysis. The process also requires systems at scale that are usually only accessible to enterprise customers, as opposed to consumers. Faceter’s innovative concept is to leverage a network of GPU miners to process split sections of a video feed, allowing analysis at a fraction of the cost of traditional systems and providing miners with revenue, the company said in a statement.

The Faceter computer vision algorithm has an accuracy rate of 99.78 percent as measured using LFW benchmarks and 79.5 percent on the MegaFace scale. The company has tested its technology within several real world applications and has been certified by the global video camera manufacturer Axis.

Faceter said it will use proceeds from the token sale to fund the development of decentralized processing for its computer vision algorithm in order to bring the technology to the mass market.

The founding members of the company are themselves distributed in various countries. They began collaboration in 2014 with an R&D project in the field of image recognition, based on neural networks and machine learning.

“We decided to go with an ICO because we see a vast, largely untapped potential market, especially in the segment of AI-solutions for home users,” said Faceter’s CEO and cofounder Robert Pothier, in a statement. “Many companies look in this direction. We are not just looking. We already have the market-ready advanced technology developed that will become affordable for consumers thanks to the miners who participate in our network and provide computational equipment.”

To learn more about Faceter and their upcoming ICO, visit  https://faceter.io.

Facebook
Twitter
Pinterest
WhatsApp
Previous articleWanchain Launches Mainnet: World’s First Platform for Private, Cross-chain Smart Contracts
Next articleAnthony Di Iorio and big Name Cast at Polymath’s First Security Token Conference
Alex Behrens
Alex started his professional career in a data analyst role at a global electrical components distributor before transitioning to work in the blockchain industry full time in 2017. He has performed research and analysis on multiple projects including traditional securities and cryptocurrencies, and has contributed to operational design for cryptocurrency mining and other entrepreneurial projects since 2015. Alex graduated from Ithaca College in 2014 with a BS in Finance and a minor in Politics.

The Best Ways to Earn Cryptocurrencies