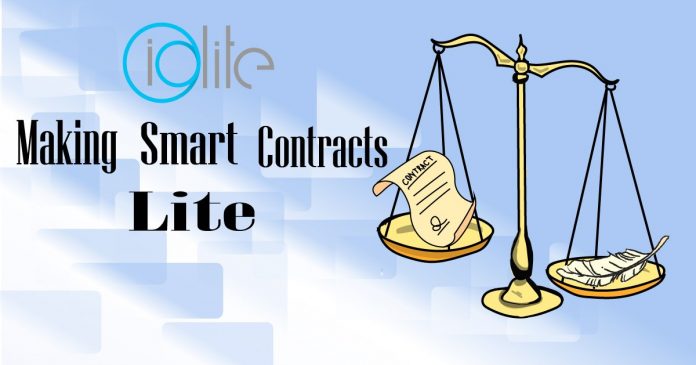 Highlighted in iOlite’s white paper is the scarcity of engineers who are able to write the code needed to construct reliable smart contracts on the Ethereum blockchain. According to the Foundation, the key to doing so is “multilingual translation,” or the ability to turn any input text— natural language or machine code — into a desired machine code.

An example of such a smart contract execution language is Solidity, designed for developing smart contract programs that run on the Ethereum Virtual Machine, according to Token Report. A javascript-like programming language, it was created to assist in the writing of smart contracts, but expertise with it is still relatively rare. In iOlite’s vision, skilled Solidity engineers will translate a layperson’s feature request into Solidity-compatible language for a reward or fee paid in iLT tokens.

This token-for-training data model is the basis of what the company calls its Fast Adaptation Engine, or FAE. iOlite predicts that the model will not only scale smart contract expertise in an economically stable way, but will expand the network’s total addressable market to any user or organization interested in using smart contracts.

Co-founder and CEO Alfred Shaffir said, in a statement, “The iOlite team and I are determined to bridge the gap that currently exists between traditional industries such as legal, insurance, finance, etc. and the crypto world by allowing these traditional industries to benefit from using smart contract technology within their operational flows.”

By streamlining the process of creating smart contracts, iOlite seeks to be to Ethereum what Ethereum was to blockchain, according to the company’s statement. If, along the way, it innovates a blockchain-based method for reliably translating human and machine language into stable code, the project will “bridge the gap” between many other technologies, too.