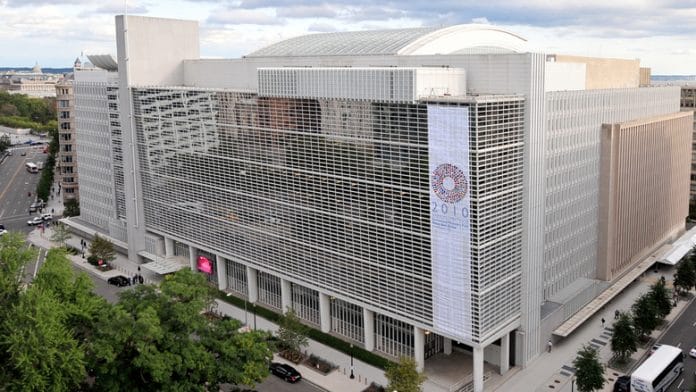 Olivier Rocca, CEO of smart tokenization blockchain project Money by Design, on Tuesday presented at the headquarters of the World Bank in Washington, DC, before a panel of experts in Transport, Energy and Global Development. The Money by Design project, which is supported by the Nice, France-based startup, Voxcracy, launches its initial coin offering (ICO) on March 19, facilitated by French ICO boutique, Chaineum.

The Money by Design presentation covered topics from financial solutions, that enable the monetization of material and immaterial assets through their registration on a distributed ledger, to the possibility of granting institutions, like the World Bank, authority over specially designated blockchains designed to reduce fraud and corruption in the distribution of monetary aid.

Money by Design also outlined plans to develop tokens that can be used as a real means of payment in the world economy, allowing users in developing countries to bypass many traditional financial structures and make payments using only a debit card or mobile device. As a result of the presentation, several discussions have been initiated to discuss practical applications for the Money by Design technology, including case studies to optimize processes and minimize cost of providing aid to developing countries, according to the company’s statement.

Senior Financial Analyst and Energy Expert at the World Bank, Fabrice Bertholet stated, “Money by Design aims at building confidence and trust in sectors where institutions are regarded as insufficiently reliable and transparent. Establishing transparency, automation and traceability in transactions and currency flow management is a major challenge for development aid.”

The Money by Design project seeks to provide asset authentication for private, public, and social institutions while reducing the environmental impact of emerging blockchain technology. These efforts have now also attracted interest from French international banking group, BNP Paribas, which is now engaged in a preliminary collaboration, according to the statement.

To learn more about Money by Design, visit www.moneybydesign.io.