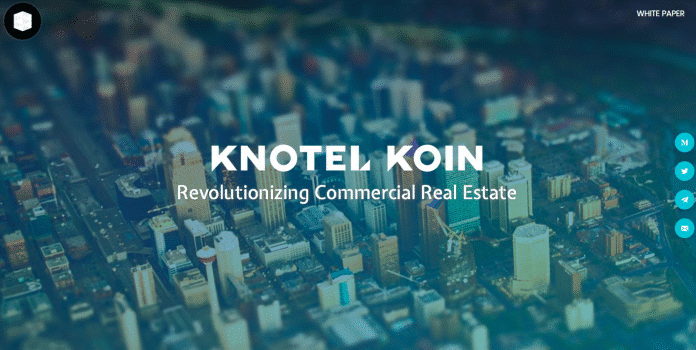 The customized-office provider Knotel, which is planning a service that will use blockchain to track space listings, announced on Tuesday that it has closed a USD 70 million financing round.

According to Knotel, the funding comes on the heels of rapid growth, with the company opening forty locations across New York, San Francisco, and London, totaling nearly a million square feet, and attracting enterprise companies that would otherwise take a lease over the last two years. Knotel is also working on a blockchain platform that would allow users to search for office space.

“Efficient and independent search for office space is impossible due to fragmented listing data. Knotel will use revolutionary blockchain technology to ensure that every listing on our platform is accurate, eliminating misinformation and price inflation,” the company stated on its website, adding, “Near real-time settlement of recorded transactions will remove friction and reduce risk during the rental and buying services, which will also limit the ability to charge back and cancel transactions.”

Founded in 2016, Knotel designs and runs bespoke locations for established and growing brands. An alternative to a lease and far removed from coworking, Knotel stated that it provides flexibility without sacrificing on customization, giving companies a home in look, feel, and operations, and the ability to evolve at will.

Knotel stated that it plans to use its new funding to more than double in size this year and deepen its coverage in core and new markets among mid-market and enterprise businesses.

“We’re just getting started,” said Amol Sarva, co-founder and CEO of Knotel. “Giving companies the freedom of agility has been our mission from the start, and adding these partners to the team is both a validation and gateway. We couldn’t be more excited.”