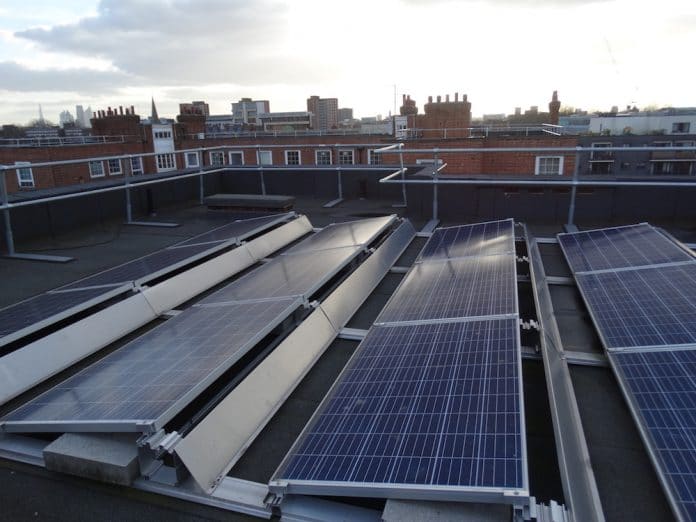 The London-based machine-learning startup Verv announced last week that it has executed the United Kingdom’s first physical trade of energy on the blockchain.

The trade took place on the pioneering Hackney Banister House Estate, a social housing complex in London that has solar panels installed on 13 of the blocks of flats that make up the community. The first trade saw 1kWh of energy being sent from an array of solar panels, with excess energy, on one of the block’s roofs to a resident living in another block within the estate.

“Until now, we have been unable to take advantage of the solar panels on the roofs to power our homes due to the structure of the UK electricity market,” said a Banister House resident, in a statement. “With the installation of Verv smart hubs, we are being empowered to generate, store and trade our own community energy and I’m really excited to see how this trial evolves! It’s safe to say energy costs are very high and it’s important, more now than ever, that solutions be sought.”

Verv stated that the trial, in collaboration with not-for-profit Repowering London, has been shortlisted for the Ofgem Regulatory Sandbox and has received a “significant grant” from Innovate UK, a British non-departmental public body. The trial is currently in phase 1, Verv stated.

Verv boasted that, with artificial intelligence-based Verv smart hubs and Powervault Batteries, its platform is able to calculate the energy demand profile of homes, determine the solar energy supply in each storage battery and in turn allocate green power to residents based on their needs. This results in a “significant” reduction in costs, according to the company.

The first trade follows the launch of Verv’s VLUX (VLX) token, created by the company in order to enable access to their blockchain-based trading system. The pre-sale for VLUX is currently open.