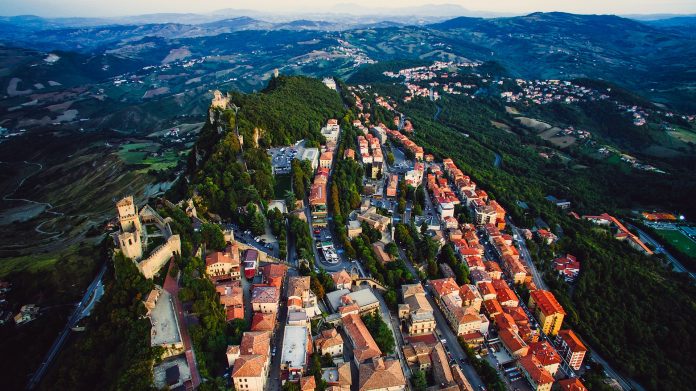 The tiny European principality of San Marino, in the north of Italy, has become the latest jurisdiction to outline plans for a blockchain regulatory framework, with a partnership between San Marino Innovation and Estonian-based blockchain project group Polybius.

The plans, unveiled in a press release Monday, envision enabling San Marino to become a major blockchain technology hub. The joint venture, led by the Republic’s innovation institute, San Marino Innovation, provides for the incorporation of a new company under the principality’s law, aimed at developing a blockchain ecosystem.

Work will now begin in San Marino to draft an all-encompassing legislative framework for the blockchain industry, harnessing Polybius’ Digital ID technology to create identity mechanisms for authentication and verification, and driven by ongoing European personal and private data management initiatives, according to a statement.

“We are the world’s oldest Republic and we are proud to begin a transformation led by technology,” said Andrea Zafferani, Secretary of State for Economic Development, in a statement. “We believe this partnership will have a significant impact on the economy, growing the innovation sector which is at the core of our development strategy. The Republic will also acquire a state-of-art set of regulations to become a world-leading blockchain hub.”

“We were a pioneer of distributed ledger technologies through our HashCoins OÜ company,” said Ivan Turygin, co-founder of Polybius in the statement. “Now we are able to bring that expertise and experience to bear on a project that will position San Marino as a hub for innovation and deliver a strong incentive for the Government to continue growing the industry in the long run.”

“We are not interested in short-term or opportunistic policies to take advantage of the speculation surrounding today’s cryptocurrency world,” stated Sergio Mottola, Executive Chairman of San Marino Innovation. “Rather, we are intrigued by the revolution implicit in the underlying technology: the “blockchain”, which we expect to bring an impact on the global economy greater than what the Internet has”.