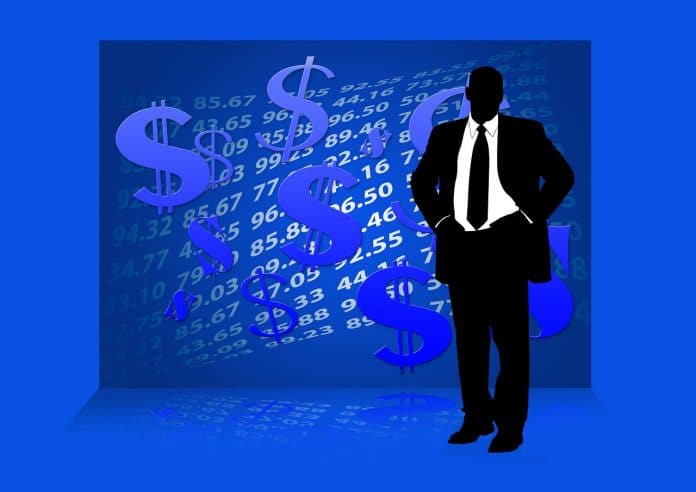 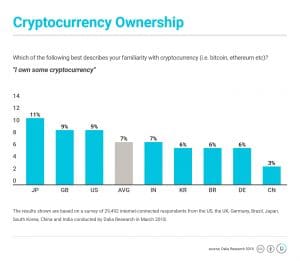 Within the countries included in the survey, only 7 percent of people said that they own own cryptocurrency: 11 percent in Japan; 9 percent in the U.S.; 6 percent in Germany and 3 percent in China. 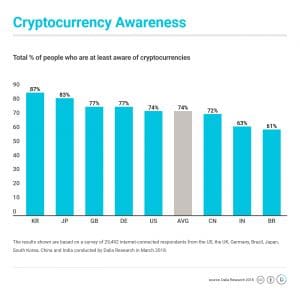 In Japan and South Korea, about 60 percent of the online population was reportedly aware of what cryptocurrencies are, though the survey said the same countries show the lowest buying intentions for the next six months, according to Dalia Research.

Japan also displays the highest level of adoption and is the sole nation that scored in double digits for ownership, coming in at 11 percent. The UK and the U.S. both landed in second place with about 9 percent ownership levels. 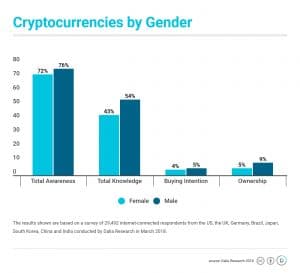 It's in education that the research found the sharpest gender gap between male and female respondents’ knowledge of cryptocurrencies, with an average gap of 11 percent. However, Dalia Research explained a smaller gender gap occurred in China and India with cryptocurrency ownership—4 percent—whereas the U.S. saw a larger gap of 13 percent.

The company said it conducted the study via mobile phone among internet-connected individuals in the U.S., the UK, Japan, South Korea, India, Germany and Brazil, surveying nearly 30,000 respondents in a 24-hour period.

According to a statement, the primary goal of the research was to establish the ownership rate of  cryptocurrencies.