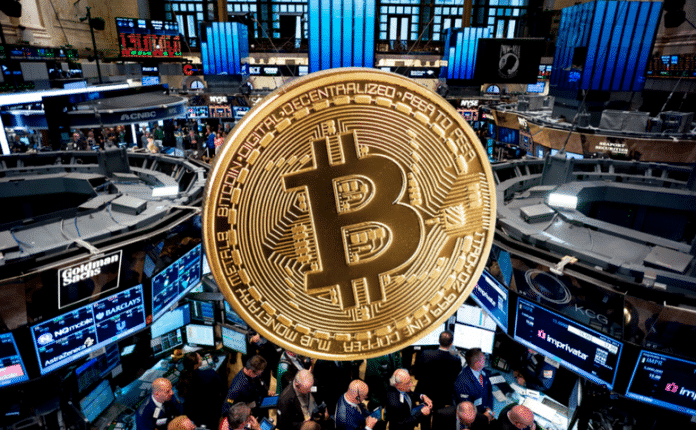 The New York Times reported on Monday, via anonymous sources and related documents, that the parent company of the New York Stock Exchange, Intercontinental Exchange (ICE), is in the process of developing an online trading platform that would allow large investors to buy and hold Bitcoin. The news follows recent announcements of Goldman Sachs intention to open a Bitcoin trading unit and NASDAQ signalling a willingness to integrate cryptocurrencies into their trading platform, as the regulatory environment becomes more defined. A spokesperson for Intercontinental Exchange had no comment, as reported by the New York Times.

Most large financial institutions have been reluctant to fully commit to activities or platforms involving cryptocurrencies, as Bitcoin, in particular, had become associated with illegal ‘darkweb’ transactions in its infancy, and has only recently become accepted as an instrument closer to a commodity like gold or silver, owing to its use by many holders as an investment vehicle.

Speaking to the New York Times, former Goldman Sachs trader and LedgerX founder Paul Chou stated, “The reason we got into crypto was not to partner with a bank, but to replace them. We deal with crypto holders directly in a way that really takes advantage of Bitcoin’s strengths, while avoiding brokers, banks and other institutions that take multiple cuts of the transaction.

In spite of resistance from Bitcoin veterans, in the past year some institutions like the Chicago Mercantile Exchange have started to trade some instruments derivative of the digital currency, like futures contracts, but the new Intercontinental Exchange operation would take integration a step further, adding actual Bitcoin to a user’s account at the end of a trade.

Chou continued, The industry is seeing unprecedented institutional interest for the first time in Bitcoin’s history,” he said. “I’ve been amazed that the strongest believers in cryptocurrency often start out the most skeptical. It’s a healthy skepticism. But at some point the perception shifts, and for many institutions — I think we’re finally there.”