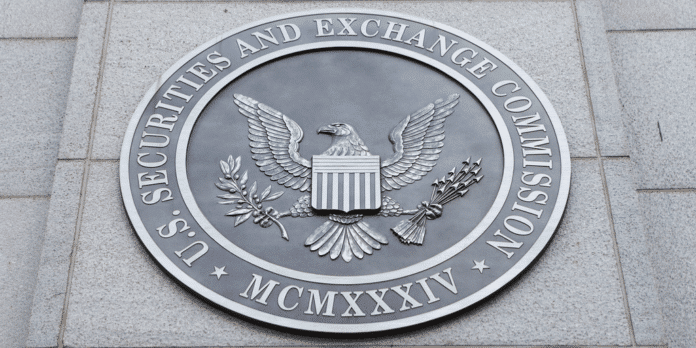 SEC Director of Corporate Finance William Hinman made comments at the Yahoo Finance All Markets Summit on Thursday, laying out his thoughts on the treatment of initial coin offering (ICO) tokens and other forms of digital assets as securities – or not.

Securities laws have a host of tools used to determine if a sale of a particular thing constitutes the sale of a security. The methodology boils down to whether promotion of the asset induces the buyer to reasonably expect profitable return on their investment, based on the efforts of a third party. The oft-cited SEC v. Howey Supreme Court ruling gives context for this designation outside the world of crypto. In this case, a hotel operator sold interests in a citrus grove to guests and claimed they were selling real estate, not securities. What made the transaction a securities offering was the inclusion of a service contract to cultivate and harvest the produce. Had buyers arranged to manage the groves themselves (akin to buying a home to use as a personal residence), arguments in favor of a real estate designation would likely have held – but the passive nature of the buyers, relying on the efforts of Howey-in-the-Hills Service Inc. to generate a return on their purchase (akin to buying a home and assigning a management company to find and service rental tenants) changed the designation to that of a security as defined by US law.

While understanding what makes a security is hugely impactful in the world of cryptocurrency, less commonly considered is the reasoning behind these laws in the first place. Application of the Howey Test helps answer the ‘what’ of US securities law, but offers little help in understanding the ‘why?’ On that topic, Mr. Hinman had this to say:

“The impetus of the Securities Act is to remove the information asymmetry between promoters and investors. In a public distribution, the Securities Act prescribes the information investors need to make an informed investment decision, and the promoter is liable for material misstatements in the offering materials. These are important safeguards, and they are appropriate for most ICOs.”

One of the most arduous but important parts of any investment prospectus or financial statement from a registered public company is the statement of risks. Often spanning dozens of pages, these requirements nevertheless give potential investors perhaps the most comprehensive collection available of all the things that might go wrong with a securities (or token) offering. Hinman offered:

“As an investor, the success of the enterprise – and the ability to realize a profit on the investment – turns on the efforts of the third party. So learning material information about the third party – its background, financing, plans, financial stake and so forth – is a prerequisite to making an informed investment decision. Without a regulatory framework that promotes disclosure of what the third party alone knows of these topics and the risks associated with the venture, investors will be uninformed and are at risk.”

All this context is necessary to understand the key takeaway from the day – that size and the “distributed nature of the work being done to add value to a network” is the variable by which a coin or token exchange would be considered an investment contract or not. Hinman’s comments to this effect brought a sigh of relief to the crypto world:

“If the network on which the token or coin is to function is sufficiently decentralized – where purchasers would no longer reasonably expect a person or group to carry out essential managerial or entrepreneurial efforts – the assets may not represent an investment contract. Moreover, when the efforts of the third party are no longer a key factor for determining the enterprise’s success, material information asymmetries recede. As a network becomes truly decentralized, the ability to identify an issuer or promoter to make the requisite disclosures becomes difficult and less meaningful.”

To clarify, just about any coins (KODAKOne being a relatively high profile example) that offer the prospect of growth from investment in a network that relies on the continued stewardship and control of a platform by a third party, even if the product itself uses some decentralized elements, are likely to be considered a security by the SEC. But a path has now been laid for tokens beyond those already passing this test – Bitcoin and Ethereum – to spare both users, developers, and investors alike from the long arm of US securities law.