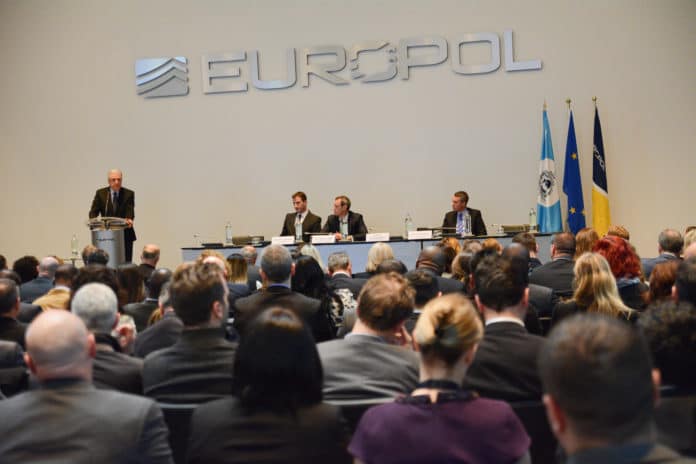 Europol’s Virtual Currencies Conference in the Hague from June 19 – 21 brought over 300 participants from 40 countries to discuss how to use virtual currencies for legitimate uses, instead of illegal activity. Europol’s European Cybercrime Centre (EC3) used Bitcoin’s blockchain to verify conference speakers. All of the speakers received decentralized certificates. The purpose behind this was to highlight the benefits of blockchain technology — that data is permanently stored and fully traceable.

In a statement, Europol said: “This year, the presentation focused, among other things, on tracing, attribution and demixing approaches. Twelve operational case studies were presented, where suspects were detected through cryptocurrency tracing, including phishing incidents, DDoS extortion, takedowns of dark web marketplaces and malicious cryptocurrency mining.”

Experts from popular crypto exchanges attended the conference including representatives from Bitfinex, Bitstamp and Kraken. Exchanges are the main point of contact for law enforcement agencies because they are the ones who facilitate know-your-customer (KYC) and anti-money laundering (AML) checks.

Also in attendance were representatives from law enforcement agencies and public prosecutors’ offices who were there to try to further their understanding of the technology. Europol highlighted that the aim of the conference is to create an ‘expert community of investigators, prosecutors and experts from the relevant private sector.’

Europol is also one of the first major organizations to start using branded public addresses. Specific public keys can be found by trial and error, hashing random pieces of data until they create a hash with the desired characteristics. This process also underlies Bitcoin mining. Europol clearly spent some processing power to mine their public key which begins ‘1EURoPoL’. It appears to be the digital equivalent to a car number plate.

At the conference, participants looked at the legitimate uses of blockchain technology and not just how to track down criminals. This included using cryptocurrencies to trade, make payments or be held as a store of value.