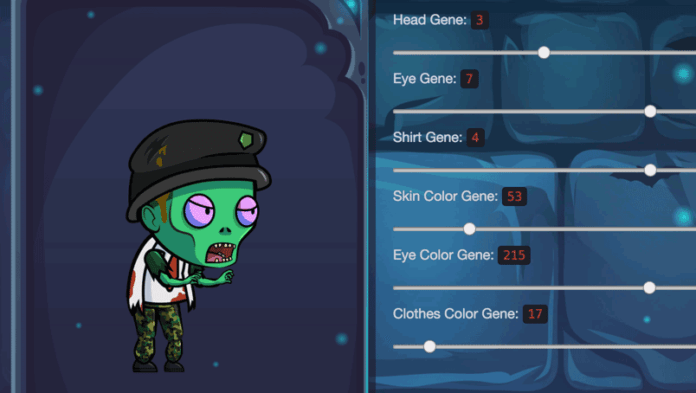 “CryptoZombies was the first product we created — the first step in our mission to make it dead simple for developers to build blockchain apps,” says James Duffy, co-founder of decentralized apps (dApps) provider, Loom Network.

The company’s free interactive code school, CryptoZombies, is a place where developers can learn to build decentralized applications and games on Ethereum. It’s gained over 240,000 users. “It’s been such a popular resource that it’s now become the world’s number one resource for getting started learning Ethereum development,” says Duffy.

Having launched in March, with a huge response to the dApps built with dedicated sidechains on top of Ethereum, Loom are keen to demonstrate the power of their software development kit (SDK) platform.

The team demonstrated early success with DelegateCall, a social Q&A platform bringing developers together to share knowledge related to blockchain and Ethereum programming. A Stack Overflow-like site built 100 percent on the blockchain, DelegateCall now has over 79,000 blocks written to its chain and has served up over 339,000 pages to its users, according to Duffy.

Rising to the dApp Scaling Challenge

When the Ethereum network ground to a halt from congestion caused by the Cryptokitties phenomenon the dApp scaling challenge became all too apparent for developers and the Loom SDK platform offered a solution. By running each app on a sidechain in parallel to an Ethereum Smart Contract, Loom says it avoids the drain on network resources and, since opening up the Loom SDK to the public, a number of third-party developers have built large-scale dApps on the system.

But catering for smaller developers, who want to build and launch fast on the network, has led to fresh challenges, says Duffy:

“The original vision for Loom was that every dApp would run on its own sidechain, so each dApp could customize its chain for the performance/decentralization tradeoff that suits its specific needs. And this model still makes a ton of sense for high-volume applications, like a decentralized Reddit,” Duffy said.

But after talking to early beta users of the Loom SDK, the company realized that not every developer is interested in bootstrapping their own dApp chain and configuring their own validators from day one.

“A lot of our beta developers simply wanted a sidechain they could deploy their Ethereum dApps to — that’s faster and more performant than today’s Ethereum mainnet,” says Duffy. “So we decided to launch ZombieChain, an ‘EOS mainnet-style’ sidechain to the Ethereum network, using DPoS [delegated proof of stake] that anyone can deploy dApps to.”

While a network such as Ethereum is running over ten thousand nodes, at just 21 nodes, EOS achieves higher throughput by sacrificing decentralization. Its higher level of decentralization makes Ethereum far more secure, but inherently limits scalability on the main chain alone, Duffy explains.

“Scaling has to occur on layer 2 solutions, like Loom,” he says. “By putting your dApp on a high throughput, low-cost sidechain to a sufficiently decentralized mainnet, you get all the benefits of higher scalability, while maintaining the same trust and security guarantees provided by the decentralized base layer.

With ZombieChain, the same types of high-throughput apps a developer might want to use EOS for could also be run on Loom. The main difference being that all the high value assets on ZombieChain, such as ERC20 and ERC721 tokens, can be stored securely on Ethereum instead of some new, untrusted blockchain.”

Loom has now shifted its focus to blockchain gaming. In a bid to bring blockchain applications to mainstream gamers who have never used cryptocurrency before, the company is currently raising funds for Zombie Battleground via Kickstarter. It claims the mobile game will be the world’s first to run 100 percent on the blockchain.

Loom has also just released its initial Plasma Cash implementation, a core scaling technique that allows ERC721, non-fungible tokens to be used securely on the company’s sidechains, without the need to trust their operators.

“Up until now, there’s been no shortage of hype around blockchain, but not enough building. We’re excited to eliminate barriers and provide the tools to make it easy for developers to build and deploy real-world dApps at a meaningful scale.”