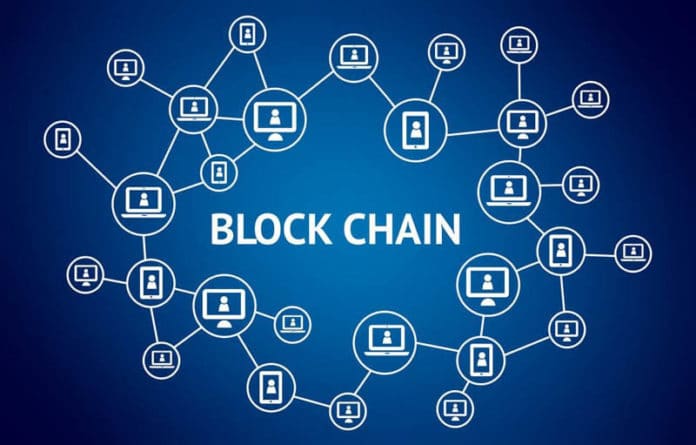 Off the back of the release of PwC’s Global Blockchain Survey 2018, which highlighted that 84% of companies are now incorporating blockchain technology at some level, experts in the space — including Shiv Malik of Streamr, David Hanson of Ultra, and Manuel Martin of Orvium — address the ‘hype’ around blockchain, challenges facing the industry, and what the future holds for this nascent technology.

“People are both over and underestimating the change blockchain will have on their particular vertical. There has been plenty of hype and investment in the last few years about the potential of blockchain but the tangible results of those investments are yet to procure world changing applications – certainly not outside of Fintech. It is unsurprising to see that financial services are seen to be leading the blockchain revolution at 46%, vastly outweighing other industries like retail and consumer at a mere 4%. Of course, that doesn’t mean it won’t come – it has to. People’s expectations, not of what can be achieved but how fast it should be achieved, need to be tempered so that the imminent transition is as seamless as possible and we can all appreciate the benefits.”

“It would be hard to deny that we are in a bear market right now for cryptocurrencies after the wild rise experienced in 2017 — but this does not change the reality. Blockchain is a new and innovative technology that allows us to optimize and create new systems for almost every industry. No one wants to be left behind, become less competitive, or fail to see the huge shift taking place in their industry, so it’s not surprising to see that 84% of survey respondents say their organisations are already utilizing blockchain technology either at a research, development, pilot, or live stage.

Challenges such as lack of trust and regulatory uncertainty can be seen to hinder the progression of the blockchain industry, but this is to be expected. For any emerging technology, skepticism is natural and blockchain will need to prove itself before it is widely adopted. The idea of Airbnb and Uber was inconceivable 20 years ago, and now they are a part of our everyday life, the same way blockchain will be.

While the survey recognizes the US as leaders in the blockchain space, I don’t necessarily believe any country is paving the way right now. Asia seems to be very open with South Korea leading the way, European hotspots such as Switzerland are building interesting technologies, and China is home to a lot of engineers working on blockchain.

I don’t think the blockchain revolution will come from any one country in particular. We are now living in a global world, and blockchain could be the first internet-powered global revolution.”

“Blockchain is based on a distributed ledger platform that is decentralised and immutable. It is intended to be a permanent, tamper-proof record outside the control of a central governing authority and this is what makes it a very attractive and useful technology.  However, the space faces many challenges, including trust amongst users and interoperability between blockchain networks. Governments should collaborate and work with society, the private sector, and academia to overcome current regulatory challenges to co-develop policies at the pace of technology. We must ask ourselves why regulators are always playing catch up with the real-world technology.

Today we are living in a digital revolution, comparable with the one created by the World Wide Web in the 1990s. Recently, JP Morgan CIO Lori Beer said “In a few years blockchain will replace the existing technology, today it only co-exists with the current one”. According to the report, 84% of respondents say their organisations have some involvement with blockchain technology. This indicates that blockchain technologies are disrupting many established industries around the world, changing the rules by making processes transparent and reducing costs significantly. This ranges from financial services with Bankor or Omisego to science dissemination with Orvium for instance. Alongside this, the technology is already helping people around the world (i.e. Venezuela or Iran) living very difficult lives because of the financial situation in their countries.

The United States, China and Australia are all seen as blockchain leaders. They are followed closely by other jurisdictions such as Japan, Korea, Malta, Gibraltar, and Lichtenstein. Japan’s Ministry of Economy recently announced a blockchain-based data sharing platform for the trade industry promoted by NEDO, the country’s largest public management organization. South Korea is driving promotion and expanding usage of blockchain in a multitude of ways, the government is sponsoring awareness programs, the Korea Internet & Security Agency (KISA) has promoted hackathons and, most importantly, blockchain has been targeted as a key industry of the country’s 2019 $4.4 billion domestic investment plan. Malta recently approved a blockchain-friendly regulatory framework for DLTs, ICOs, crypto assets, etc. The Gibraltar Stock Exchange’s blockchain platform, GBX, recently opened to public trading and also supports ICO projects. Finally, a Liechtenstein bank, Union Bank AG, is issuing its own security tokens and in-house cryptocurrency backed by fiat since the country announced supporting Blockchain with new regulation back in March.”