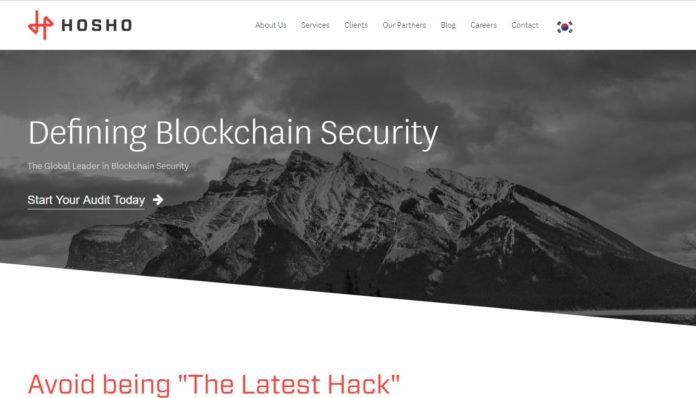 AmaZix has teamed up with  blockchain security firm Hosho. The partnership combines a new range of Blockchain Security Services to the crypto community, including industry-leading smart contract auditing and penetration testing. Engineers from Hosho have audited more smart contracts than anyone else in the industry and during the audits they found that projects that collectively raised $1 billion had more than 1 in 4 have critical vulnerabilities, while 3 out of 5 have at least one security issue.

Smart contracts are digital protocols that help verify conditions of a contract and execute them. Smart contract proliferation is underway, but its rapid growth has also been marked by a distinct lack of standards by which to measure security. The high-profile exploits of smart contracts on blockchain, typically on Ethereum, have shown that smart contracts can be extremely vulnerable to hacking attempts. The pioneers themselves found out via the infamous DAO exploit in 2016. More recently, repeated Parity wallet exploits and accidents have already resulted in the loss of millions of dollars-worth of crypto.

Joint researchers from National University of Singapore (NUS), Yale-NUS College and University College London (UCL) found in March 2018 that over 34,000 smart contracts out of 1 million surveyed contained coding vulnerabilities — that’s over 3% of smart contracts surveyed which it calls “greedy, prodigal and suicidal”.

Hosho’s varied skills have been behind the crypto exchange architecture eventually sold to Kraken and the operation of the world’s largest Monero pool, to name a few achievements. Hosho’s penetration testing services include a series of recon, scanning, manual review and risk assessment processes to ensure blockchain companies’ systems are better secured to face the real world.

Blockchain companies and their communities are juicy targets for hackers these days, what with all that data and large capital lying around waiting to be exploited. As such, AmaZix is excited about the new prospects at disposal thanks to this partnership with Hosho.

AmaZix CMO Kenneth Berthelsen explained the rationale behind this latest collaboration: “Keeping communities safe is a longstanding priority of AmaZix. Education and awareness is part of that, but so is proactive diligence in the technical aspects of partner projects. In the absence of industry standards, we see smart contract auditing and penetration testing to be essential components of good security in blockchain systems. In our view, there are no better qualified people to do this than Hosho engineers.”

Hosho co-founder and CEO Yo Sub Kwon had this to say about the partnership: “It is Hosho’s goal to push the blockchain industry towards maturation by improving the overall security awareness and guidance. Partnering with AmaZix is a natural fit because their philosophy aligns with our own, striving towards the long-term development of a strong and secure ecosystem.”

This news follows the partnership announcement between AmaZix and AI-augmented cyber intelligence firm BrandShield, to fight crypto-related fraud and scams for some 470,000 users across more than 130 community channels that AmaZix manages.