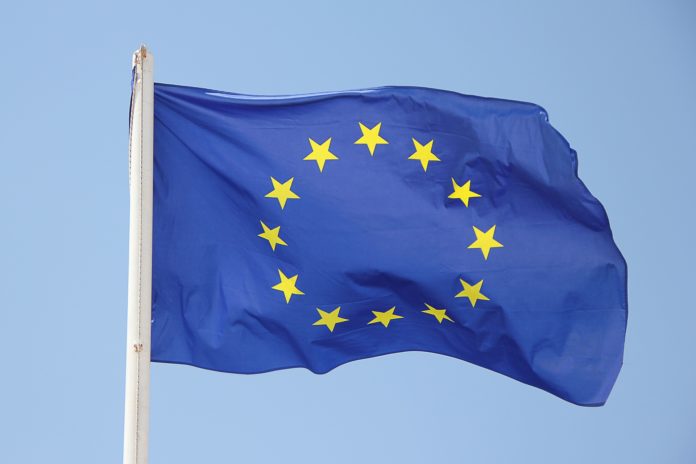 EU Finance ministers who gathered in Vienna last week have agreed to slow down and not act hastily in regulating the emerging crypto markets in Europe.

According to reports, after the meeting when Vienna finance ministers met a press scrum, they have agreed not to rush to regulate the market.

“…the EU will be acting carefully in this area.” German finance minister Olaf Scholz explained the Vienna meeting aimed to ensure policy makers understand the challenges faced by the new cryptocurrency space and that they were in a position “in which they’re able to act.”

Gabriele Giancola, CEO and Co-founder of qiibee, the Swiss loyalty token protocol helping brands around the world run their loyalty programs on the blockchain, commented:

“There’s already been a significant shift towards a more transparent market and, ultimately, it is still a win-win situation for Europe: if the results of the analysis by the European authorities show that increased regulation is needed, this will only prove to be positive for the wider acceptance of the crypto and blockchain space. However, if the opposite is true, and the analysis shows that there is no imminent need to further regulate the space, that should reignite confidence in the space.

“Individual national solutions to the regulatory challenge would not make much sense, given the high degree of interconnectedness of the EU market. The fact that individuals are often invested across different countries will also make it difficult to alleviate the risks involved. Even if individual countries were to set up their own regulations, we can expect this to vary greatly from country to country, posing an issue for regulators once it comes to unifying regulations in the EU.”

“In the race to regulate crypto, I don’t think there is a need for European legislators to rush to find a solution to govern the market. The EU is potentially waiting to take a cue from America — as a pioneer for the enforcement of crypto regulation and application of securities laws — and not wanting to be seen to curb innovation and fall behind in technological advancement.”

“Legal regulation will always postdate technological innovation, and with differing national frameworks, the EU is treading carefully. Imposing early regulation on member states could prove difficult with many countries militating the effects and consequences it could have on blockchain development and its potential to stifle crypto adoption. For example, as Switzerland is not a member of the European Union, it would certainly cement its dominant position in the cryptocurrency sphere. However, a strong consensus is needed for a united framework and regulatory oversight in Europe in order to harness potential opportunities within an open ecosystem, while also alleviating potential risks.  “Further insight and research into cryptocurrencies and blockchain is needed before a clear and coherent set of regulations is implemented, and we will have more clarity as to the appropriate solution in the coming years. In time, regulatory compliance will prove hospitable for blockchain innovation and will attract good actors to the European crypto market.”

“The EU has been prudent in taking a slow, methodical approach to blockchain regulation, conducting thorough research on the subject before enacting specific measures. The regulation of blockchain technology should be considered at an inter-governmental level, but this will take time. Due to the power and far-reaching influence of the EU, the legislation written today will have consequences well beyond the region. As such, it is important that legislators carefully consider all angles before committing to a particular approach.”

“In order to fully capitalise on blockchain’s potential, the EU needs to adopt robust regulation. This is especially true when it comes to protecting potential investors and ensuring they do not fall prey to fraudulent crypto projects. Such regulation will deter malpractice and in turn, lead to the creation of a healthier cryptocurrency market, securing the future of the blockchain industry and encouraging investment into legitimate projects. While the regulatory environment in Europe is moving in the right direction, it is important for the EU to support research and development, healthy competition, while protecting the crypto-enthusiasts from unscrupulous characters in the space.”

“A lack of EU-wide crypto regulation is a deterrent to blockchain innovation and will continue to hinder adoption of the technology by mainstream financial service providers going forward. However, certain smaller jurisdictions in the EU are taking a lead, having already introduced best practice regulatory frameworks for blockchain businesses. Officials in these jurisdictions are also reaching out to key financial services stakeholders to educate them on the tremendous potential of decentralised technology and to gain their support for blockchain businesses. But this is only the beginning. While it is encouraging to see the proactive work of smaller jurisdictions, the EU needs uniform regulation to foster a sustainable future for the industry. Sensible legislation that has the backing of blockchain adopters and EU regulators alike will balance the need for further innovation with appropriate consumer protection.”

In July, an EU report backed cryptocurrencies, which it terms virtual currencies or “VC’s”, and says that economists who dismiss them are “mistaken”. The report concludes that regulators should not ban virtual currencies or ignore them but should regulate them proportionally. And only days ago, European Parliamentarians Proposed an EU-Wide ICO Regulatory Framework.