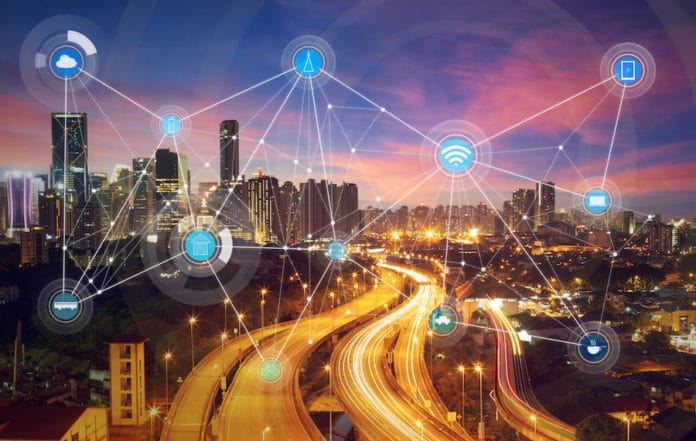 “If you’re not paying for the product, you are the product.” This phrase was spun in the 1970s to describe the advent of television advertising but has since become the standard business model for the internet.

Consumers get a service, one that they want and use often, for free most of the time—and in return, they have their attention sold to advertisers.

Not everyone should be strictly comfortable with this; data is perhaps the most significant post-industrial asset class and this approach to advertising could be damaging if extended any further.

Some may suggest the effect is already there. Social medias – and more generally, our whole internet activity – are well integrated in our lives and daily feeds are laced with targeted ads, catered to our increasingly sophisticated and unique data profiles.

Data on Steroids: The Future of the Smart City

Such market logic could be cause for concern going forward; the rise of smart cities threatens to integrate advertising into our everyday lives, on a bigger scale than ever before imagined.

This has already been highlighted by the Outdoor Advertising Association of America, who in a recent report talk about providing hyper-targeted messages from businesses to people as they use public transport.

Giving advertisers unfettered access to the smart city might be tempting for cash strapped local government bodies. But it would prove to change the very fabric of society by drastically altering the day-to-day experience of its residents.

Giving People a Degree of Control Over Their Data

Currently, you do not own the data that the Googles and Facebooks collect from your online (and offline) activity: it’s the price you pay for using their service.

This can hardly be an arrangement that regulators are happy with – Facebook have showed just how much unchecked power they really have – but, with their entire underlying business model relying on data, this seems to be impervious to change—or, at least, as far as they can help it.

The advent of new technology might offer a solution which lets users control the data that they produce. You may not have heard of a Directed Acyclic Graph (DAG), but it’s been touted as holding the key to a Blockchain 3.0 amid claims that it poses a highly scalable and fast alternative in the nascent field of blockchain.

IOTA are the startup leading the charge on applying DAG to smart cities; they’re involved in a €20 million project recently announced under an EU research and innovation program to explore possible smart city implementations.

The Berlin-based company bill themselves as trying to ‘redefine trust, value, and ownership’. Essentially, this means they want to help collect valid and reliable data, give it a monetary value, and then empower the data producer to do what they want with it.

So residents of smart cities could sell their data to advertisers—in fact many probably will, if the reward is great enough. Micropayments on a blockchain network are so straightforward that, if the incentives are strong enough, it could become a normal part of life. Naturally, these are facilitated on a platform such as IOTA with their native crypto token.

Another startup using DAG on blockchain has a slightly different approach in their smart city solution. CyberVein propose a network that uses Proof-of-Contribution (PoC) wherein user disk space is donated for a reward of CyberVein tokens, in order to create a series of decentralized databases.

This is an exciting concept: while they don’t highlight handing power to the data producer as a central tenet to their vision, it will certainly still be possible on the underlying technology. But their notion of decentralized databases takes this whole idea one step further.

The reason for this is that the network would completely take data out of the hands of any centralized body, instead leaving the creator to control access permissions to the dataset in question. More than just a function on a platform, this is potential for user generated and controlled data at its very core.

They’ve been pushing out a smart city focused publicity stunt recently, too. The China-based startup is going to be hiding 100,000 CVT wallets in global cities around the world.

A Successful Blockchain Implementation Could Be Make or Break

Whatever your thoughts or feelings towards ‘late-stage capitalism’, you would be hard-pressed finding many people who would cognizantly support the idea of being advertised to all day, throughout the city that they live in.

IOTA and CyberVein both propose ways for us to empower data producers; there will probably be more startups to come along similar lines. Residents of the world’s most glittering metropolises, set to find themselves in the future smart city, should hope that one of these solutions comes good.