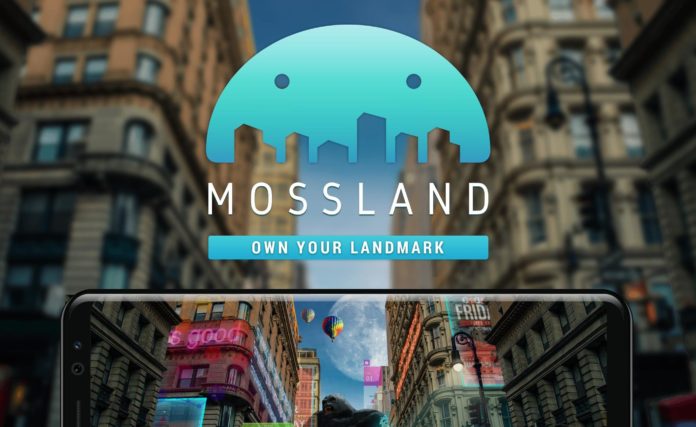 Pre-registrations are now open for the beta release of the virtual auction game, called ‘Mossland: The Auction'. The announcement was made by Mossland, a Blockchain game company based in Seoul.

The auction game allows users to hold timeless landmarks in the world to be traded at the game ‘Mossland'. The release is expected to happen in the 4th quarter next year.

‘Mossland', a mobile augmented reality (AR) game that focuses in virtual property trading,  makes the user see the actual building located nearby inside the game, after which the user can acquire the virtual property through gameplay.

‘Mossland: The Auction' will open on October 12th and new landmarks will be auctioned every week and the users can participate in the auction with Moss Coin. This release focuses on the key components of the game where the gameplay comes from the auction and the open market.

All participants can benefit from participating in the auction. The winning bidder receives a portion of the winning bid with the landmark, and the unsuccessful bidders will receive the remainder in proportion to their bid amount. This reflects the company's principle of providing compensation to all participants who have contributed to the development of the game.

Mossland will hold various events to celebrate this exciting announcement. All participants that pre-registered will receive 500 Moss Coin that can be used in the auction.

“Everyone wondered how it must feel to be a landmark owner at least once in their lives,” says William Son, CEO of Mossland, “and Mossland provides everyone in the world with an opportunity to become a landmark owner. We expect an exciting show ahead of us.”