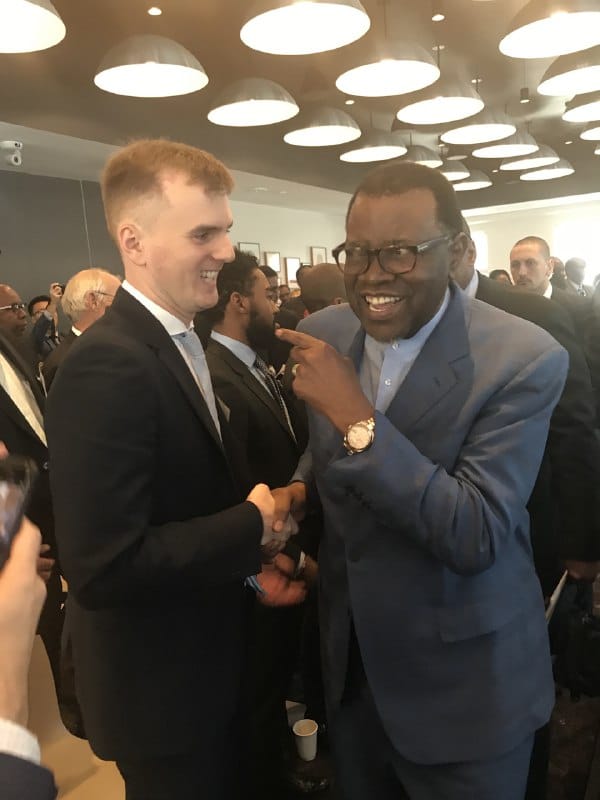 The Global Ambassador of the Mile Unity Foundation, participated in a meeting with Hage Geingob, the president of Namibia, Minister of Investments and the Head of Presidents’ Administration. A fruitful discussion, about the ways MILE blockchain technology can be implemented in real economy.

The central discussion on September 27, 2018 in New York City was strongly focused on Namibia’s development, invigorating traditions and financial institutions in the country and looking at potential for investment in Namibia’s energy and agriculture sectors.

George Goognin has received a personal invitation from President’s Administration to visit Namibia with the aim to develop a detailed plan for the implementation of XDR technology that would boost the flow of investment and international trade.

“I am grateful to Namibia’s government for a warm welcome in New York during the UN Assembly. The President, the Minister of Investments and the head of Administration were extremely kind and eager to discuss possible investments. I am sure we will be able to cooperate in all the fields,” said Goognin.

Hage Geingob shared that the main goal of Namibia is to establish dependable institutional mechanisms for development of the country’s economy and to adapt existing ones to current realities.

“We are closely following the news on emerging technologies, including blockchain, artificial intelligence, smart-city and the Internet in general, and are ready to implement them in Namibia,” he added.

“We will visit Namibia to meet with bank and governmental officials to discuss the regulation of blockchain technologies and crypto assets, and their application in money remittance, cross-border trading and investments,” Goognin also said.