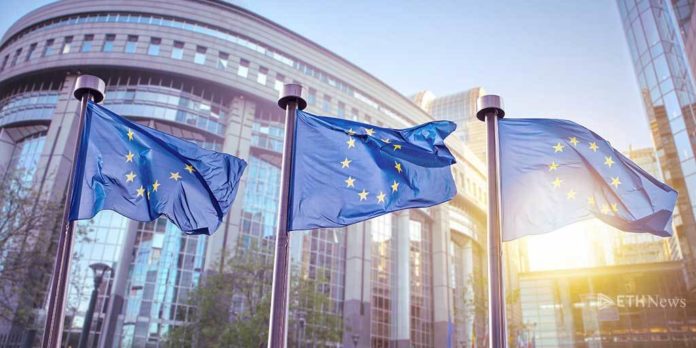 Four leading global blockchain companies (EMURGO/Cardano), Fetch.AI, NEM and Ripple) have recently come together to establish an association representing blockchain originating organisations within Europe. With ‘Blockchain for Europe’, they hope to create a unified voice for the blockchain industry in Europe.

The reason behind the launch of the association is that the policy debate in Europe has been fragmented – with inconsistent information from those outside the blockchain sector challenging consensus within it.

The association’s goals are to foster the understanding within EU- and member state institutions on the true nature and potential of distributed ledger (DLT) and blockchain technology, and to ensure that upcoming regulation promotes and boosts innovation in Europe.

The association hosted, alongside the four largest European Parliament groups, a very successful Blockchain for Europe Summit on 27 November. It brought together stakeholders from around the world, discussing issues such as governance, healthcare, transport, trade, identity, financial market infrastructure and tokens/cryptocurrencies. The debate showcased the potential benefits both for policy-makers and blockchain originating companies when they engage directly and transparently.

Dan Morgan, Head of Regulatory Relations, Europe, Ripple, said: “Ripple is delighted to be a founding member of Blockchain for Europe. This is a critical time for policymakers in Europe as they seek to develop the right regulatory framework to capture the benefits of both digital assets and blockchain technology.”

Kristof Van de Reck, President Europe and co-founder, NEM Foundation emphasised: “We are delighted to be one of the founding members of Blockchain for Europe. There is a lack of unbiased information especially when it comes to the open and decentralised application of the technology.  By joining forces with different stakeholders that have blockchain at the core of their business, we aim to provide insights which are not tailored to the agenda of specific organisations or stakeholders.”

“This is an extraordinary opportunity to guide European policy in a field that will positively change the lives of so many people. The convergence of technologies like machine learning, AI and decentralised ledgers delivers the opportunity for a world where technology works more effectively for the benefit of us all”, commented Toby Simpson, CTO and co-founder, Fetch.AI.

Manmeet Singh, CIO, EMURGO, stated: “Within the scope of EMURGO’s mission to drive the adoption of Cardano globally, we are very keen to work with the European institutions in crafting the rules and regulations which will enable blockchain technology to thrive globally, thereby expanding the impact of our third generation blockchain Cardano, all under the leadership of EU governance.”

Blockchain for Europe looks forward to engage in conversations with policymakers, relevant industry players and academia. Together we hope to contribute to make Europe the frontrunner on blockchain technology.