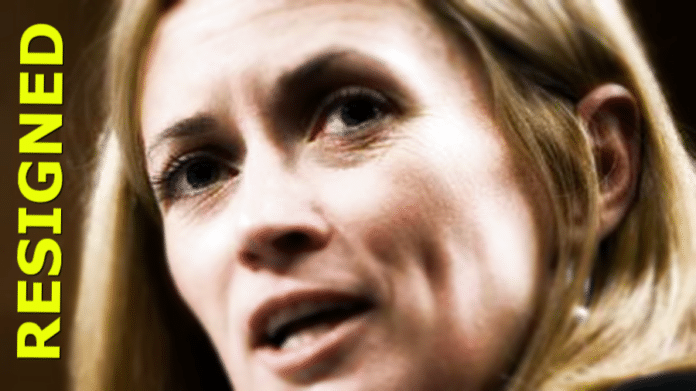 Distributed ledger technology (DLT) provider Digital Asset, has just announced that Blythe Masters, has requested to step down as CEO for personal reasons. AG Gangadhar, who joined the company’s Board of Directors in April, has been appointed the Board Chairman and will serve as the acting CEO until a permanent CEO is named. Masters, who has been the company’s CEO since 2015, will remain involved in the company as a board member, strategic advisor and shareholder.

“Digital Asset has evolved from an ambitious idea to a truly global software engineering firm. We are fortunate to have a deep bench of accomplished executives on the management team and Board, including AG, who have the requisite experience to take the company to the next level. Having come to know and trust AG as an advisor and Board member, I am convinced that he brings what’s needed to guide the company through its next phase.”

“Blythe has built an impressive foundation with incredible progress to date, helping the company emerge as an industry leader. I’m honoured to lead Digital Asset and work alongside the talented management team during this transition until a new CEO is appointed, at which point I will focus on my responsibilities to lead the Board.”

“On behalf of the Digital Asset Board, I would like to thank Blythe for her leadership and vision, which has propelled the company from a promising startup to a globally recognized leader in DLT. We are excited to have a world-renowned technologist like AG to help take the company forward.”

Gangadhar, known as AG, joined Digital Asset’s Board of Directors in April and has since been actively involved in the company’s engineering and product strategy. AG brings significant experience building foundational technology solutions at organizations that include Google, Microsoft, Amazon, Cruise (GM) and Uber. In addition, AG’s engineering background will help the company scale its technology and global operations to meet the growing demand for DLT solutions across financial services, healthcare, supply chain and other verticals.

Blythe Masters has had an extraordinary career and is best known as one of the creators of credit default swaps.

She was named chairwoman of the board of Santander Consumer USA on July 15, 2015 but quit that position in July of 2016 to switch to a new role at Santander as a senior adviser on blockchain. She also joined Santander’s international advisory board and became a director of Openbank, its online lender.

She is the former the head of global commodities at JPMorgan Chase & Co. She was named to this position in 2007 and left in 2014 after the commodities unit was acquired by Mercuria.

After the 2008 financial crisis, JPMorgan and Masters made ambitious efforts to increase the company’s presence in commodities in an environment where intense competition, new regulations, and relatively stable commodities prices were making the business less profitable for big banks.

While she was head of the commodities division, revenues doubled between 2006 and 2009 as she increased the unit’s reliance on client revenue over proprietary trading. She frequently represented the company and the industry in Washington on issues ranging from potential curbs on commodities trading to the financial regulatory overhaul.

Her responsibilities included structuring and distribution of credit derivative products and related credit risk management strategies, both for JP Morgan and its clients.

In February 2012, Masters became chairman of the Global Financial Markets Association (GFMA), which represents the common interests of the world’s leading financial and capital markets participants.

In February 2014, Masters was invited to join the U.S. Commodity Futures Trading Commission’s Global Markets Advisory Committee. However, Masters withdrew from the advisory committee a day after her appointment was disclosed. Democratic lawmakers objected to her participation in the CFTC panel because of her role presiding over a unit accused of manipulating power markets.

She also chairs the Securities Industry and Financial Markets Association (SIFMA), whose mission is to support a strong financial industry, job creation and economic growth while building trust and confidence in the financial markets.

Facebook
Twitter
Pinterest
WhatsApp
Previous articleONEROOT and BXA Announce Global Blockchain Payment Solution
Next articleGaming Blockchains – Tokenizing In-game Assets
Richard Kasteleinhttps://www.the-blockchain.com
In his 20s, he sailed around the world on small yachts and wrote a series of travel articles called, 'The Hitchhiker's Guide to the Seas' travelling by hitching rides on yachts (1989) in major travel and yachting publications. He currently lives in Groningen, the Netherlands where he has set down his anchor to raise a family and write. Founder and publisher of industry publication Blockchain News (EST 2015) and director of education company Blockchain Partners (Oracle Partner) – Vancouver native Richard Kastelein is an award-winning publisher, innovation executive and entrepreneur. He has written over 2500 articles on Blockchain technology and startups at Blockchain News and has also published in Harvard Business Review, Venturebeat, Wired, The Guardian and a number of other publications. Kastelein has an Honorary Ph.D. and is Chair Professor of Blockchain at China's first blockchain University in Nanchang at the Jiangxi Ahead Institute software and Technology. He has over a half a decade experience judging and rewarding some 1000+ innovation projects as an EU expert for the European Commission's SME Instrument programme as a startup assessor and as a startup judge for the UK government's Innovate UK division. Kastelein has spoken (keynotes & panels) on Blockchain technology at over 50 events in 30+ cities.