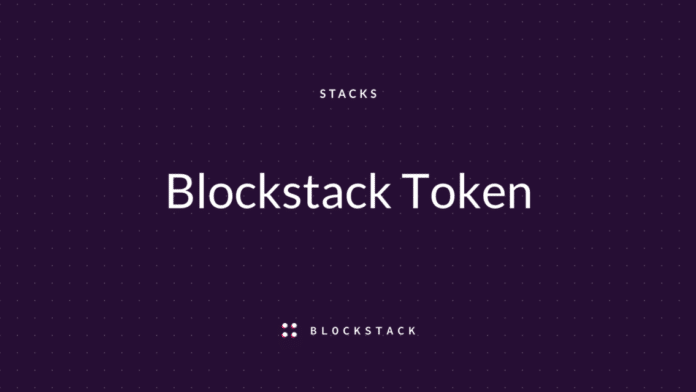 Coming off last week’s SEC issuance of a framework for digital assets,  Blockstack has announced that it has filed an offering statement with the Securities and Exchange Commission (SEC) to conduct a $50 million token offering using the SEC Regulation A+ framework.

“Blockstack has been in a confidential submission process with the SEC, making progress as we drive towards an SEC-qualified token offering. Recently, U.S. markets have been closed to crypto projects given regulatory uncertainty, and we believe in opening the U.S. market to innovation in this area,” said Muneeb Ali, co-founder and CEO of Blockstack PBC. “We’ve been working with securities lawyers to create a legal framework that can enable blockchain protocols to comply with SEC regulations. Our framework is consistent with the latest SEC guidance released last week.”

“Upon qualification, we believe that this offering may be the first time a blockchain project receives approval to access the public U.S. securities markets,” Ali continued. “This can potentially set a precedent for others in the industry, not just for public offerings, but also as a path to launch new public blockchains and establish a path to bootstrapping decentralized ecosystems.”

If approved, the offering will be the first SEC-qualified token offering of its kind. However, in a report by Crowdinsider, late last year, the SEC has yet to approve a security token offering utilizing the Regulation A+ exemption from registration, though dozens are rumoured to be stuck in the SEC pipeline. Crowdfund Insider reported yesterday, April 10, 2019, that Republic, Republic, a crypto issuance and investment crowdfunding platform, intends on issuing their token under the Reg A+ securities exemption.

Blockstack’s decentralized computing network, created by computer scientists from Princeton University, enables engineers to build secure, privacy-focused applications: users are in control of their data instead of storing it with large tech companies. More than 80 such applications already exist on Blockstack, such as Graphite, a decentralized alternative to Google Docs, Sigle, a decentralized and open-source blogging application, and BitPatron, a subscription content service for creatives. Blockstack’s core technology is developed as open-source software with over 7,000 enthusiasts and developers and community events around the world. Blockstack previously raised over $50 million from venture investment rounds and under SEC Regulation D from investors like Union Square Ventures, Y Combinator, Lux Capital, and Naval Ravikant.

If approved by the SEC, Blockstack’s Stacks (STX) token will be offered through the stackstoken.com website. Blockstack’s filings are available at the SEC’s Edgar website. The net proceeds of the offering will be used to accelerate the development of its decentralized computing stack and app ecosystem.