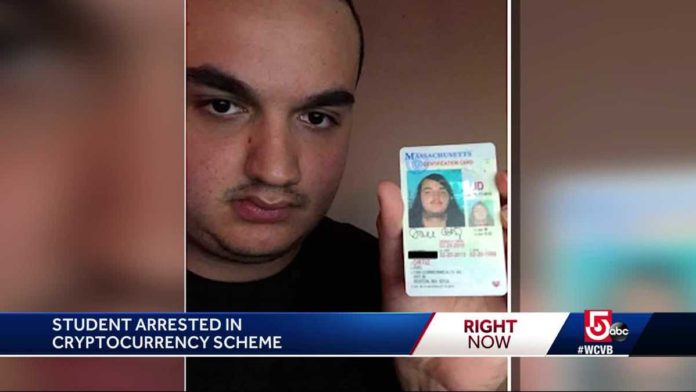 Joel Ortiz, a young 21-year-old,  who was valedictorian in his Boston high school and great things were expected from,  has been sentenced to 10 years in prison. Ortiz got caught hacking a victim’s cell phone by doing a SIM card swap and taking over the identity of the victims.

“These are not Robin Hoods,” prosecutor Erin West said. “These are crooks who use a computer instead of a gun. They are not just stealing some ethereal, experimental currency. They are stealing college funds, home mortgages, people’s financial lives.”

Joel Ortiz, 21, stole more than $7.5 million from at least 40 victims, including two in Santa Clara County. After his thefts, Ortiz spent his loot lavishly – including $10,000 nights at Los Angeles clubs, hiring a helicopter to bring him and some friends to a music festival, and on Gucci luggage and clothing.

Ortiz pleaded no contest to 10 felony theft charges on January 24, 2019. He was sentenced on Friday, April 19 by Santa Clara County Judge Edward Lee, after two hearings in which victims detailed the devastation caused by the thefts.

Ortiz was taken into custody at Los Angeles International Airport last year. He is one of five people who has been arrested for the growing cellphone scam by the REACT task force. Managed by the District Attorney’s Office, REACT is a task force composed of law enforcement agents from Bay Area agencies, such as the Santa Clara County Sheriff’s Office, who work together to solve high-tech crime in Silicon Valley.

Since Ortiz’s arrest, the REACT task force has made other notable SIM swap arrests that included 19-year-old Tracy resident Xzavyer Narvaez, who was implicated by emails found on one of Ortiz’s phones, authorities said.

There are a number of ways that an illegal SIM swap can be orchestrated. In one, hackers call a telecom company posing as their target and claim that their SIM card has been lost and that they would like their number to be ported to a new card. The criminals can convince phone companies that they are who they claim to be by providing stolen social security numbers or addresses. Once the telecom company transfers the number to a new SIM card, hackers can bypass two-step authentication measures for accounts by using the phone as a recovery method.

Ortiz was a prolific SIM swapper who targeted victims to steal cryptocurrency and to take over social media accounts with the goal of selling them for Bitcoin.

In one scam in May of 2018, Ortiz stole more than $5.2 million in minutes from a Cupertino cryptocurrency entrepreneur.

REACT investigators seized $400,000 from Ortiz after he was arrested. The rest was either spent or is being hidden.