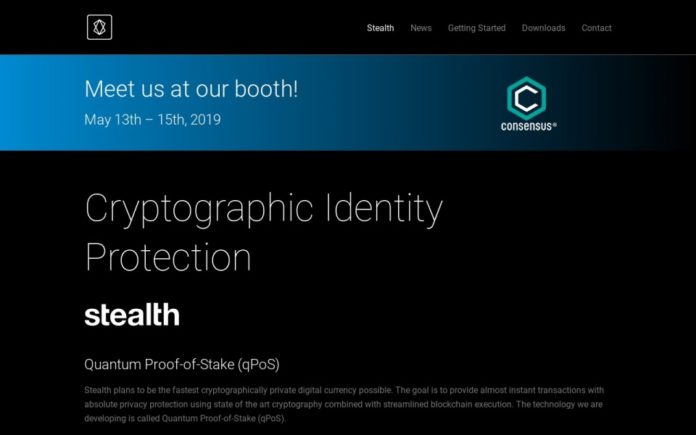 The Stealth R&D team has rolled out a new system that they say, fairly recognizes and rewards transaction validators on the Stealth blockchain.

These rights are tokenized as Non-Fungible Tokens (NFTs) called “stakers”, each of which is given specific slots in a schedule of block validation.

“Stealth is the first blockchain system to have scheduled validators that are purchased”, explained Dr. James Stroud, co-founder and lead developer of Stealth. “Unlike other scheduled block validation systems like BitShares, Lisk, and Eos, Stealth’s reputation system means that chain trust and block rewards are truly meritorious and based purely on objective performance statistics, uninfluenced by the whims of powerful stakeholders.”

Stealth qPoS also has a novel reputation system for stakers. As stakers sign blocks according to the schedule, they accrue a reputation score called “staker weight”. Weight increases with the square root of the net number of blocks a staker has validated, where “net blocks” means the number of blocks validated minus the number of blocks missed in the schedule. Stakers earn increased rewards proportional to weight. Typically, the more blocks a staker signs, the more it will earn for each block. Additionally, stakers with more weight are considered more trustworthy, and they influence chain trust also proportional to their weight.

Stealth Quantum Proof-of-Stake (qPoS), currently in testnet, the team says, is the fastest cryptographically private digital currency possible and is an economic-driven consensus mechanism that provides privacy using state of the art cryptography in combination with streamlined blockchain execution. Stealth’s qPoS addresses many of the current concerns about slow confirmation times that exist with other blockchain technologies, especially privacy coins.

The Stealth blockchain was launched in 2014 and quickly recognized for its StealthText technology. QPoS extends Stealth’s history of blockchain innovations, fusing two different types of blockchain ledgers to improve privacy, speed, and throughput.

Stealth R&D will be presenting an exclusive presentation on the new Quantum Proof-of-Stake technology and their reputation system for stakers at the upcoming Consensus conference in New York in May.