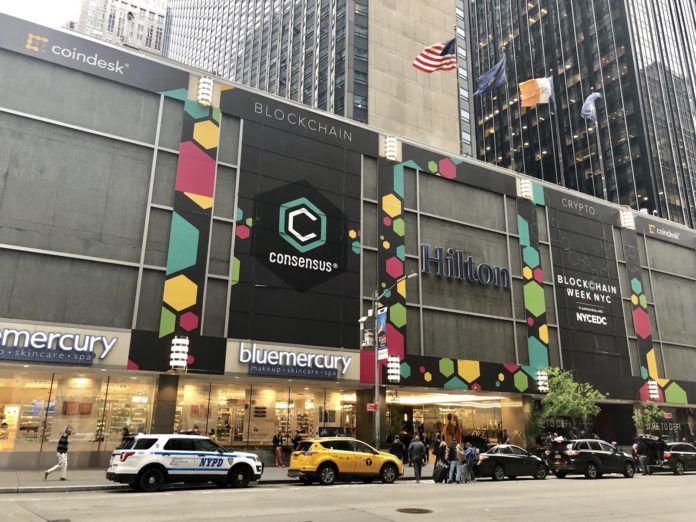 As the most influential annual Blockchain event in the industry, Consensus 2019 brings together founders and experts in Blockchain, as well as Wall Street giants, Fortune 500 companies and leaders in finance, technology and politics.

Spark Blockchain is a Blockchain consulting and incubation service provider in the U.S. with developer relations at its core. Their conference event—“China and the U.S.” —was the only session focused specifically on a comparison of two major international players in the Blockchain industry while looking to the opportunities and challenges of Blockchain for China and the U.S. over the next five years.

“Mass adoption of dApps which consumers will actually use is one of the critical opportunities, and there will be a dark horse that bridges Blockchain to mass adoption,” Wu predicted.

At the same time, Yubo Ruan from 8 Decimal Capital, and Yunpeng Ding from GXChain were optimistic about the adoption of the crypto world in the future. Ruan likened the Blockchain industry in 2017 to the Internet era in 1999. According to Ruan, based on the Action Curve for new technology, Blockchain technologies and cryptocurrencies are still in their early adoption stage, with a group of innovative users taking only 2.5% of the total population of the world. In 1999, there were only 250 million Internet users during the “dot-com” bubble, whereas 4 billion people surf the Internet today. Ding also mentioned in his speech:

“China and the U.S. are leading the global Blockchain industry, and it wouldn’t take much time for the Chinese and American markets to adopt Blockchain nationally.” 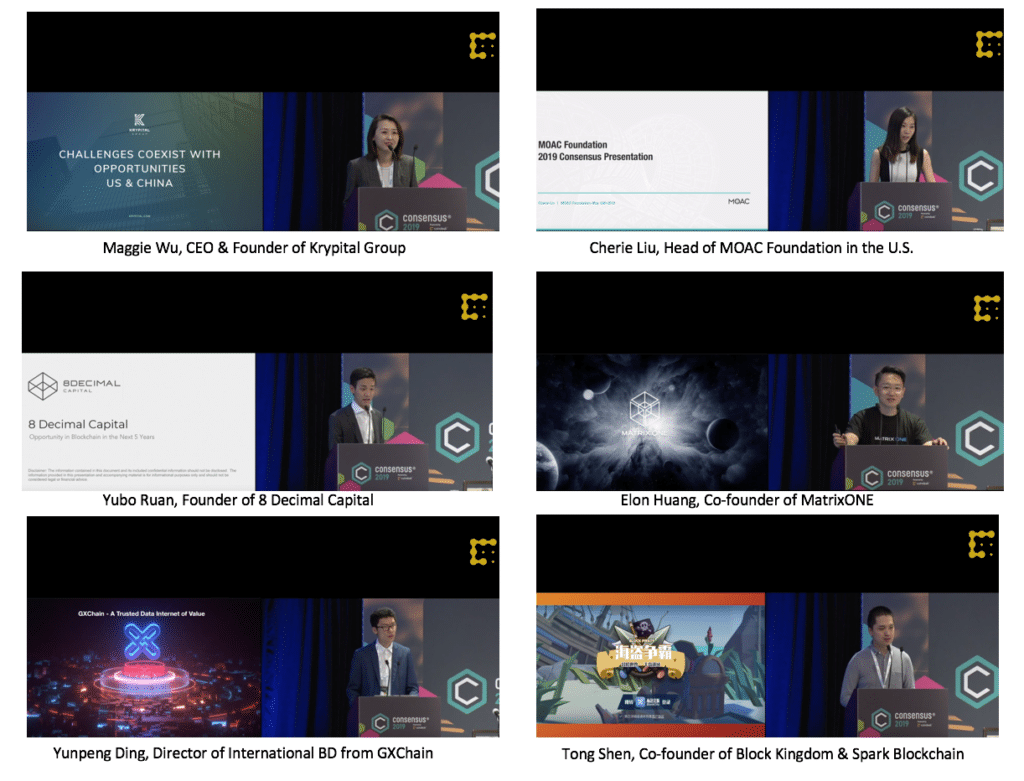 “Payment, shared trading, online ID, loyalty rewards and transactions are the top use cases in the U.S.”

Yunpeng Ding identified GXChain’s mission of building a trusted data Internet of value is a good use case of Blockchain. Quote from Ding:

“GXChain is a public Blockchain for the global data economy. It provides data transaction and exchange services for enterprises, businesses and individuals. It also provides a solution for the data economy by developing multiple trusted data modules.”

At the same time, Huang from MatrixONE mentioned that there is an urgent need in Blockchain for the participation of huge brands from traditional industries. Huang believed that institution-grade financing and its platform-based tools will play an important role in Blockchain.

Furthermore, Tong Shen from Block Kingdom & Spark Blockchain proposed that Blockchain + Game will be the most valuable dApp category for mass adoption in the next five years. According to Shen, Blockchain technology is expected to solve the conflicts between the lifecycle of games and the players’ assets, change the distribution of games and rebuild the form of game assets exchanges in a fundamental way.

Regulations and compliance of Blockchain were also what speakers cared most about. Wu from Krypital Group believed that:

“…favorable regulations such as ETF approvals will ignite the next bull market”. “Compliance, auditability and privacy come before profitability—three elements which are necessary for the future of cryptocurrency”, Elon Huang from MatrixONE identified.

In regards to the differences between Blockchain in China and the U.S., speakers talked about regulations and business models. Yubo Ruan thought that compared to China’s focus on business model innovations, people in the U.S. may pay more attention to infrastructure models.

At the same time, Liu from MOAC identified Blockchain development in the U.S. emphasizes more on financial technology, like payments or transaction, whereas people in China focus more on innovations, and how to combine the use cases in the traditional world with the Blockchain world. A quote from Liu’s presentation:

“For Americans Blockchain is a technology or a philosophical practice. But for Chinese, Blockchain is an opportunity for China to change lanes and surpass competitors.”

Speakers held an optimistic opinion on the long-term interest of Bitcoin, believing that great opportunities do arise from challenges. The session was live-streamed on CoinDesk’s official platform and attracted special attention from industry leaders, Blockchain enthusiasts and reporters from Jinse Finance, Mars Finance and more.