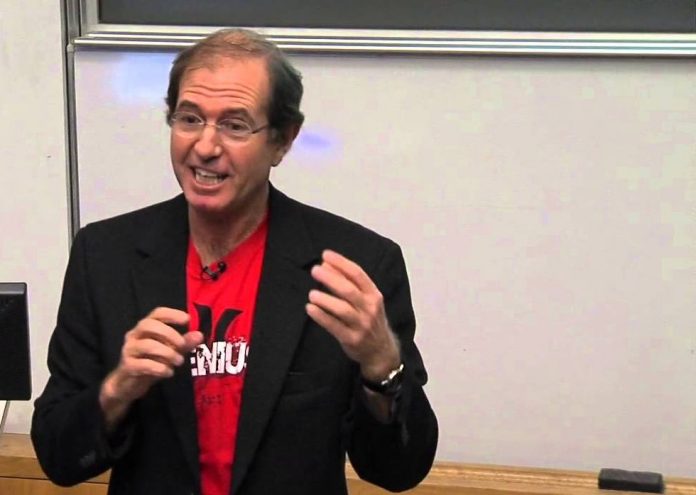 MIT Professor Silvio Micali‘s Algorand project, via the Algorand Foundation, will hold its first in a series of Dutch Auctions out of Singapore on On June 19th, 2019. These auctions will allow Algos, the native tokens of the Algorand platform, to enter circulation via a mechanism where the market determines the fair price. This inaugural auction also marks the launch of the Algorand network.

The co-inventor of zero-knowledge proofs, Micali is an Italian computer scientist at MIT Computer Science and Artificial Intelligence Laboratory and a professor of computer science in MIT’s Department of Electrical Engineering and Computer Science since 1983. His research centers on the theory of cryptography and information security. He won the Turing award together with Shafi Goldwasser in 2012 and the Gödel Prize in 1993.

The auction also signifies the launch of the Algorand network, which validates the maturation of MIT professor and Turing Award winner Silvio Micali’s vision to create a more robust and efficient blockchain platform that solves the blockchain trilemma and will ultimately transform the underlying technology of our global financial systems.

Algorand’s TestNet has demonstrated the platform’s ability to solve the blockchain trilemma with key milestones including:

Additionally, a number of organizations have been actively engaged with the Algorand platform in its TestNet phase including Top Network, AssetBlock, Otoy Inc. and Syncsort. These organizations are leveraging Algorand to build new solutions for the borderless economy.

The Algorand Foundation believes in the value of the Algorand platform, the Algo, and the potential for everyone to have an opportunity as we enter a new, borderless economy. With a goal of investing in the sustainability and performance of that economy, the foundation has also announced a refund policy for auction participants. Should any participant be dissatisfied with their purchase of Algos, they may return their Algos back to the foundation one-year post-purchase at up to 90 percent of the value paid.

For the first auction, 25 million Algos will be available at a starting price of $10.00 USD and a reserve price of $0.10 USD. The auction will last for 4,000 blocks (about 5 hours), all bids will be posted to and processed from the Algorand blockchain for transparency and Algos will be distributed after the close of the auction. Details from the foundation regarding token dynamics can be found at algorand.foundation/token-dynamics.

The Algorand Foundation invites eligible participants to register and join the auction.

The auction will be conducted on the Algorand blockchain at this url.

To participate in the first Algorand Foundation auction, users need to complete the registration process, including creating an account, completing compliance checks, funding a USD wallet and creating or importing an Algo wallet. These steps may take several days to finalize before bidding is possible. To begin the registration process, click here.

Please note that participation in auctions is not possible for the following excluded jurisdictions: United States of America and its territories, Canada, Democratic People’s Republic of Korea, Cuba, Syria, Iran, Sudan, Republic of Crimea, People’s Republic of China, and jurisdictions in which the auctions and/or trading of the tokens themselves are prohibited, restricted or unauthorized in any form or manner whether in full or in part under the laws, regulatory requirements or rules in such jurisdiction.

Facebook
Twitter
Pinterest
WhatsApp
Previous articleSEC sues Canadian Messaging Service Kik Selling Unregistered Securities in its $100 million ICO
Next articleConsensus 2019: Opportunities and Challenges of Blockchain in China & the U.S.
Richard Kasteleinhttps://www.the-blockchain.com
In his 20s, he sailed around the world on small yachts and wrote a series of travel articles called, 'The Hitchhiker's Guide to the Seas' travelling by hitching rides on yachts (1989) in major travel and yachting publications. He currently lives in Groningen, the Netherlands where he has set down his anchor to raise a family and write. Founder and publisher of industry publication Blockchain News (EST 2015) and director of education company Blockchain Partners (Oracle Partner) – Vancouver native Richard Kastelein is an award-winning publisher, innovation executive and entrepreneur. He has written over 2500 articles on Blockchain technology and startups at Blockchain News and has also published in Harvard Business Review, Venturebeat, Wired, The Guardian and a number of other publications. Kastelein has an Honorary Ph.D. and is Chair Professor of Blockchain at China's first blockchain University in Nanchang at the Jiangxi Ahead Institute software and Technology. He has over a half a decade experience judging and rewarding some 1000+ innovation projects as an EU expert for the European Commission's SME Instrument programme as a startup assessor and as a startup judge for the UK government's Innovate UK division. Kastelein has spoken (keynotes & panels) on Blockchain technology at over 50 events in 30+ cities.