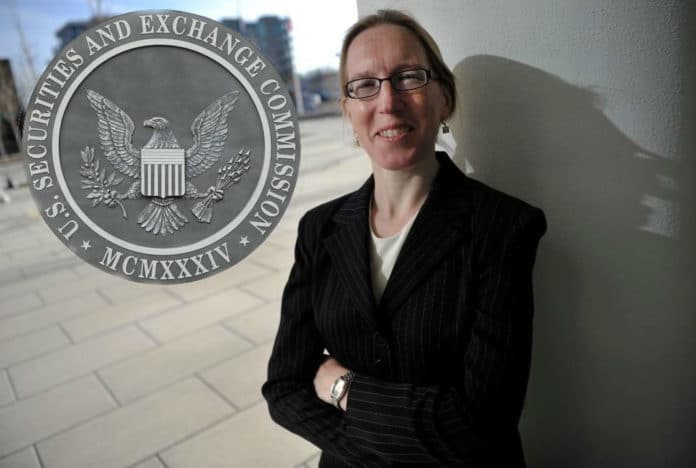 In a recent Convergence Forum in Singapore on July 30, 2019, held by the Singapore University of Social Sciences (SUSS)  Commissioner Hester Peirce of the US Securities and Exchange Commission (SEC) expressed interest in building a “non-exclusive safe harbour” for the offer and sale of certain tokens, which would permit issuers to offer tokens under an alternative regime with robust requirements.

At the panel discussion on “How Will Blockchain Change the Plumbing of the Financial System?”, Wijitleka Maromefe, director of the Financial Technology Department at the Bank of Thailand, noted:

“Blockchain will have a positive effect on the financial system in terms of know-your-customer (KYC), security and privacy, and the Bank of Thailand has widely deployed and used blockchain.” Dr. Zhao Yao, a researcher at the Research Centre for Payment and Settlement under the Chinese Academy of Social Sciences, said: “Existing blockchain technology is incapable of supporting highly extendable payments compared with traditional payment systems, yet, we can look forward to blockchain being widely used in post-transactions, such as settlement.”

At the panel discussion on “Asia vs the US: Where is the Future of Blockchain? – Institutional vs. Open Use Cases”, Remington Ong, Partner at Fenbushi Capital, pointed out:

“In China, an increasing number of projects are caught in a grey area due to unclear regulatory frameworks and major challenges in compliance.” Maomao Hu, Partner at Eigen Capital, said: “In the US, although operating costs are increasing due to strict, expensive and time-consuming project scrutiny by different federal and state governments, blockchain innovation is quickly gaining momentum.”

Emily Parker, the co-founder of Longhash and the host of the panel discussion, triggered a round of heated discussions on questions in relation to the Chinese authorities' attitude toward blockchain and tokens and the current state of the market.

“Taiwanese policies are more favourable for the issuance of digital currencies, allowing security token offerings (STOs) by qualified investors via some exemptions.”

“…the essence of tokens is to create ‘network effects'. Project managers need to pay attention to three important aspects when designing token models: fundraising, a community of real users, and legal compliance. Models that are sustainable and capable of delivering long-term value need to strike the right balance.”

As for STOs, Iris noted:

“Singapore's policies on functional token issuance are very favourable and clear, but STOs still need to be implemented under the framework of traditional securities laws. For specific regulation around STO issuance, Singapore lags behind the US.”

Dr Caroline Lim, Senior Lecturer, Marketing Programme, School of Business at the Singapore University of Social Sciences (SUSS), offered simple tips for individual investors in the token ecosystem, saying that whether or not the white paper token model is readable and understandable, individual investors should be less speculative and enhance their awareness of the blockchain and the token economy by continually educating themselves.