Less than one month after the announcement of the newly formed partnership, the World Token Issuing Alliance (WTIA) and U.S. based identity management and financial services company MEDSiS International have revealed a deeper agreement in Argentina.

The Argentinian Trade Union, the Sindicato de Puesteros y Feriantes de La República Argentina (SUPOFEPRA), is the first program of its kind in Latin America (LATAM) which would not only use technology to manage the union population but do so by allowing a stablecoin to support the back-end of the financial inclusion and payments platform.  After identifying, registering, and banking the members of SUPOFEPRA, the addition of “Maxwell” will allow members to make and receive payments, as well as store wealth while in a stable system that eliminates the volatility in the local fiat market with the Argentinian Peso. 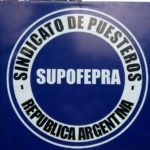 “With more than 20M individuals, ‘Maxwell’ immediately becomes one of the largest cryptocurrencies in use, this makes our investment decision and entry into LATAM very attractive,” stated Chairman of WTIA Co., Ltd., Keun-Young Kim.

With MEDSiS’ expertise in the Latin American region, the partnership with WTIA will not only launch the program, but bring the MEDSiS “Maxwell” Stablecoin to market with the support of the local government and entities.

“Maxwell is key to the SUPOFEPRA project. It will help stabilize the unbanked and add jobs and opportunities to new populations like never before.”

The unveiling of “Maxwell” and the partnership with WTIA was not the only technology announced to be used in the program.  MEDSiS will also be implementing the WTIA “Bunker”, a proprietary secure location to be able to deploy workers and technology into hard to reach places or areas with technological and logistical difficulties.

With the deployment of the WTIA “Bunker” system, MEDSiS will be able to fast-track the registration process for SUPOFEPRA and bring more people onto the platform, faster.  With the partnership, WTIA and MEDSiS will also be creating hundreds of jobs in the Argentinian market as well and the rest of LATAM using MEDSiS existing contracts in places like Brazil, Chile, Peru, and several other countries. This new, large-scale “smart” job creation along with the issuing of “Maxwell” to every uniquely identified and registered user will provide opportunities for the region and a new standard in stablecoin adaptation.

The investment into MEDSiS and the technological support for the SUPOFEPRA project is the first step in bringing users onto this new model which will all be traded on the WTIA exchange in the future. “Maxwell” will be one of the first cryptocurrency stablecoins to be used in multi-country government programs, giving access to every user to take advantage of participating in the global economy.  On the back-end, multi-country and multi-currency financial payments platform developed by RijndlPay, users will be able to build wealth and maximize the benefits of a blockchain hybrid banking system unlike anything in the market today.

MEDSiS and WTIA will launch “Maxwell” in Latin America for the users of the existing financial inclusion contracts and use the model as an example for MEDSiS’ contracts around the globe.  With more than 20 million individuals already under contract to come online, “Maxwell” will immediately become one of the largest cryptocurrencies in use. The investment into the Argentina program also will bring MEDSiS to a new phase as a unicorn company as a planned STO event is currently being scheduled for December of 2019 ahead of the “Maxwell” launch to the consumer market in early 2020.  Details of the larger agreement between MEDSiS and WTIA are not being made public at this time, although both companies have agreed to be able to share the timing and specifics of the agreement internally as the partnership proceeds forward.

MEDSiS is an identity management and big data company that helps countries know their people. Bringing innovative and simple solutions to fix not just financial needs, but instilling in the population, the confidence of leadership while securing the individual’s identity. The key to everyone’s empowerment starts with their identity. MEDSiS is the first private company to have a government blockchain contract.

The World Token Issuing Alliance (WTIA) is the advisory and capital market solution of some of the biggest real-world blockchain projects in the world. Projects include sovereign-level digital asset programs, utility-token driven business models for listed companies, tokenized infrastructure securities, high technology applications, and much more.

Facebook
Twitter
Pinterest
WhatsApp
Previous articleAustralian Winemaker Penfolds Puts Famous Bin 407 on the Blockchain for Chinese Market
Next articleIBM Teams Up With Chainyard for New Supply Chain Management Platform
Richard Kasteleinhttps://www.the-blockchain.com
In his 20s, he sailed around the world on small yachts and wrote a series of travel articles called, 'The Hitchhiker's Guide to the Seas' travelling by hitching rides on yachts (1989) in major travel and yachting publications. He currently lives in Groningen, the Netherlands where he has set down his anchor to raise a family and write. Founder and publisher of industry publication Blockchain News (EST 2015) and director of education company Blockchain Partners (Oracle Partner) – Vancouver native Richard Kastelein is an award-winning publisher, innovation executive and entrepreneur. He has written over 2500 articles on Blockchain technology and startups at Blockchain News and has also published in Harvard Business Review, Venturebeat, Wired, The Guardian and a number of other publications. Kastelein has an Honorary Ph.D. and is Chair Professor of Blockchain at China's first blockchain University in Nanchang at the Jiangxi Ahead Institute software and Technology. He has over a half a decade experience judging and rewarding some 1000+ innovation projects as an EU expert for the European Commission's SME Instrument programme as a startup assessor and as a startup judge for the UK government's Innovate UK division. Kastelein has spoken (keynotes & panels) on Blockchain technology at over 50 events in 30+ cities.