Home News Singapore Considers Tax Waiver on Cryptocurrency Purchases - an Example for Other...

Singapore Considers Tax Waiver on Cryptocurrency Purchases – an Example for Other Countries? 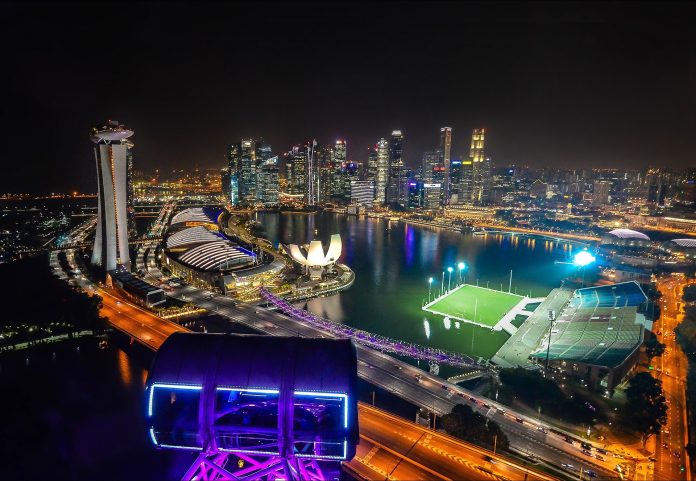 Singapore’s Inland Revenue Authority (IRAS) recently put forward a proposal to waive sales tax on goods or services paid for in cryptocurrency or similar digital assets. The proposal intends to help spur development within the local blockchain and cryptocurrency industry.

Existing tax laws have historically resulted in Singaporean residents being excluded from initial coin offerings (ICO’s) launched in the country. Singapore’s goods and services tax (GST) means residents wanting to get involved in ICO’s have to pay seven percent tax on their purchases.

“The IRAS recognizes that taxing cryptocurrencies which function as a medium of exchange results in two tax points – once on the purchase of the cryptocurrency and again on its use as payment for goods and services subject to GST,” stated a draft e-tax guide from the IRAS.

Singapore has long been seen as a highly crypto-positive nation for its favorable laws regarding cryptocurrency but still lags behind competing regions like Japan and Hong Kong. If the new tax policy is implemented, it will align the Asian financial hub with other progressive crypto nations and boost blockchain innovation on home soil.

A Strong Contrast to U.S. Law

The news comes at a time when the United States is cracking down on cryptocurrency taxes. Last week, thousands of cryptocurrency investors in the U.S. received letters from the Internal Revenue Service (IRS) warning of impending penalties on unpaid tax related to cryptocurrency holdings. The news follows revelations in May this year that the global anti-fraud agency the Financial Action Task Force (FATF) may go so far as to blacklist countries that are not compliant with its upcoming plans for internationally-recognized crypto regulations.

Increasingly strict regulations like these and others applied to cryptocurrency activities in the U.S. threaten to stifle the development of the blockchain industry. Earlier this year, crypto exchange giant BitMEX was forced to cease offering its services to U.S. citizens due to licensing complications, forcing many investors to go through other off-shore channels. Most recently, plans by social media platform Facebook to develop a cryptocurrency have been potentially shelved due to regulatory scrutiny.

The cryptocurrency industry may have been around for over ten years, but as far as daily use cases go, it’s still in its infancy. For the industry to break into the mainstream, favorable policies need to be enacted to ensure everyday citizens can use digital assets constructively.

Overbearing taxes and strict regulation only serve to drive users away from adopting digital assets as a means of payment. The development of logical and clearly defined regulation is supported by innovative blockchain firms like Coinpayments, a payment gateway service that works hard to help enable retailers around the world to accept cryptocurrency payments. It recently formed a partnership with crypto directory startup Cryptwerk to provide a single resource that allows users to spend their crypto in 182 countries around the world.

As the blockchain and cryptocurrency industry expands, countries that are slow to develop favorable regulation will fall behind. Positive tax policies like those proposed by Singapore represent the kind of progressive thinking that will help to put the power of blockchain technology into the hands of everyday citizens.

Facebook
Twitter
Pinterest
WhatsApp
Previous articleVancouver’s University of British Columbia Launches Canada’s First Graduate Blockchain Training Programmes
Next articleTrump Trade Wars or Whales? What’s Behind the BTC Price Surge? $12,000+
Aubrey Hansenhttps://www.linkedin.com/in/aubrey-hansen-70b845164/
Writing has always been my passion. That's the reason I studied media at the university and followed path of a freelance journalist. In 2015 I became interested in crypto and blockchain industry. Since then I have been reading, writing and educating myself about the digital world that not many people understand. I believe by now I have become a good expert capable to analyse the markets, projects, innovations and write engaging articles.