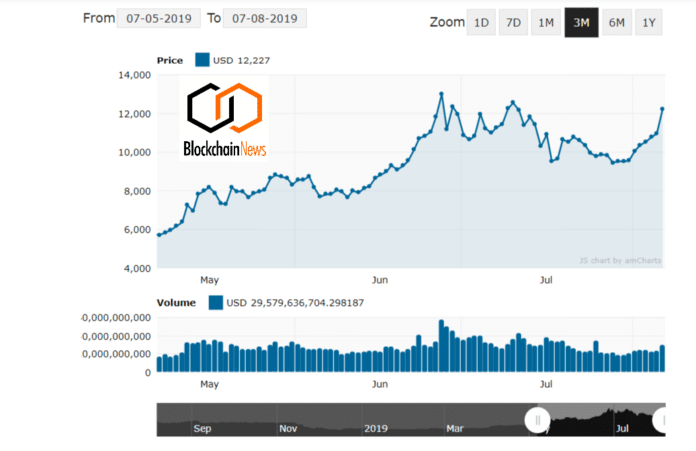 “While markets are in turmoil around the globe, the recent bitcoin surge above $11K has a lot more to do with the 10 percent tariffs on $300 billion worth of Chinese goods announced by President Trump. This economic uncertainty has sent the Yuan into a tailspin, and China has responded with another escalation of the trade war. The Yuan has since rebounded to the key 7 per dollar level, but uncertainty is still high. For a lot of currency holders, bitcoin is seen as a safe haven.

“However, there is a much bigger issue at play in the digital asset marketplace. Billions of dollars in the daily volume are handled by whales and managed portfolios through over-the-counter (OTC) desks, and actually, the relatively smaller volume is held in exchanges that are accessible by retail investors. OTC desks are largely unregulated and therefore, it is impossible to know exactly where the inflows and outflows are coming from. These whales and shrewd, large-volume traders (including exchanges themselves) will most likely leverage bitcoin’s current upward momentum toward a new high from its previous peak in order to short it to the detriment of less powerful retail traders.”

“With the turmoil in markets and the streets, suddenly digital gold doesn’t seem like such a bad idea. Bitcoin is increasingly seen not only as a bet on the future but as a shelter for the present.”

Bitcoin’s increases this month come after Trump questioned Facebook Inc.’s plan to create its own cryptocurrency Libra and BTC dropped due to a selloff. The digital currency has more than tripled this year, recovering much of its plunge during 2018.