“We’re so excited about this new Network and all of the possibilities it presents. Live Planet and VideoCoin have each worked tirelessly pursuing the vision of converging VR with blockchain technology — a match made in heaven,” said Halsey Minor, Founder and CEO at Live Planet and Strategic Technology Partner to the VideoCoin Network. “The Blockchain VR Network actualizes that vision and we’re thrilled to partner with the highest-quality influencers and commentators in the industry for its debut.”

The Network will feature in-depth and engaging VR programming from top blockchain industry influencers including Bad Crypto Podcast, Crypto Trader, Boxmining, BLOCKTV and CoinCentral.com, all shot with the Live Planet VR System, the world’s most advanced end-to-end capture and distribution system for immersive video, and the first application using VideoCoin Network technology, a decentralized video encoding, storage, and content distribution system. The Network uniquely enables influencers to engage audiences in new, exciting and creative ways, growing their following and deepening their relationship with their existing fans.

“This is an opportunity to revolutionize how listeners learn about blockchain and experience our podcast,” said Joel Comm, Co-Host at Bad Crypto Podcast. “We are thrilled to be among the first to bring The Bad Crypto Podcast into the realm of virtual reality by joining the Blockchain VR Network.”

The Blockchain VR Network combines two of today’s most consequential and disruptive technologies: blockchain and VR. Content partners will utilize the revolutionary end-to-end Live Planet VR System to stream their podcasts and videocasts in crystal-clear 360 stereoscopic videos, either live or recorded. The Network is currently available for streaming on immersive video outlets including Samsung VR, Oculus, Daydream, on the web at LivePlanet.live and YouTube. 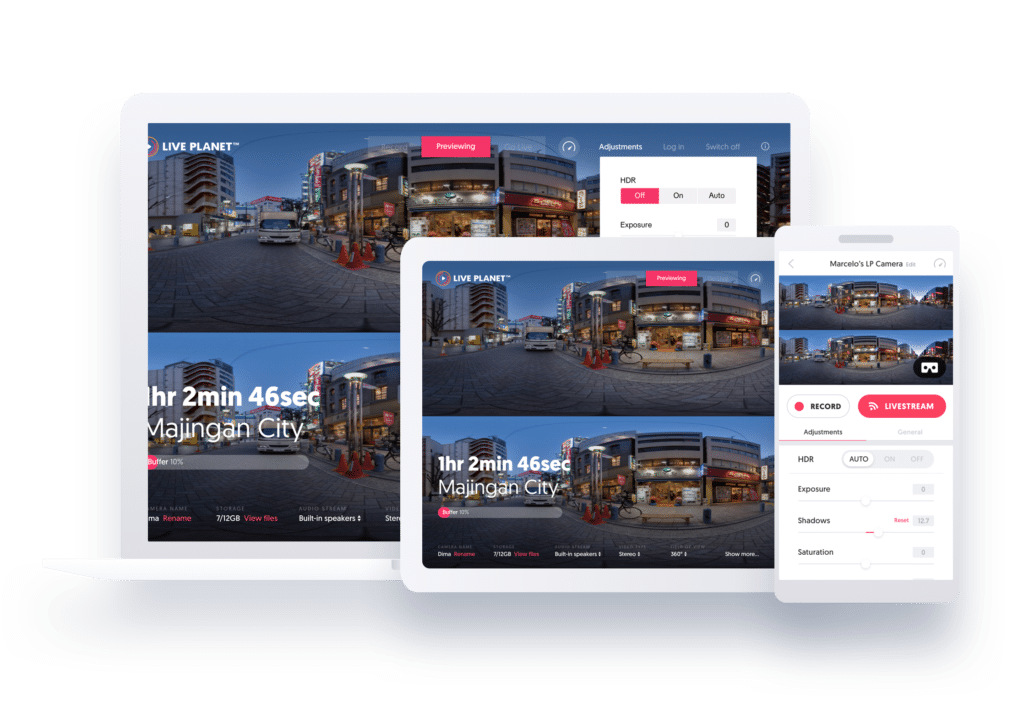 Live Planet has partnered with some of the most highly-regarded crypto and blockchain personalities boasting a combined global audience of half a million blockchain enthusiasts.

For content creators, the Blockchain VR Network is an opportunity to demonstrate innovation, leveraging cutting-edge immersive media technologies to engage new and existing audiences at a deeper level. For viewers, the network provides an unprecedented, exciting immersive experience of all things blockchain and crypto.

Live Planet develops media-technology infrastructural technologies to transform the world of media and related services toward a more compelling, controllable future for consumer and business applications everywhere. Live Planet’s initiatives include The VideoCoin Network and the Live Planet VR System: the end-to-end solution for easily creating and delivering live and recorded picture-perfect stereoscopic VR video programming and applications. Creative professionals and innovators seeking to shape the future of immersive media may join our partners’ program by contacting info@liveplanet.net.

The VideoCoin Network is a decentralized video infrastructure platform redefining the process for creating, storing, and distributing digital video content. Developed by the VideoCoin Development Association Ltd. (Cayman Islands) and implemented by Live Planet, Inc to run on a new blockchain with a native protocol token, the VideoCoin (VID). Powered by a large-scale, distributed video infrastructure, the VideoCoin Network will usher in “the new cloud,” by marshalling underutilized computing resources from around the world to revolutionize video services with blockchain technology. The VideoCoin Network ecosystem says they can lower costs by deploying unused compute resources and peer-to-peer video distribution, enabling a new generation of applications via open APIs and open source-based development, with increased privacy using decentralized, end-to-end encryption. For more information, visit https://videocoin.io or the blog.