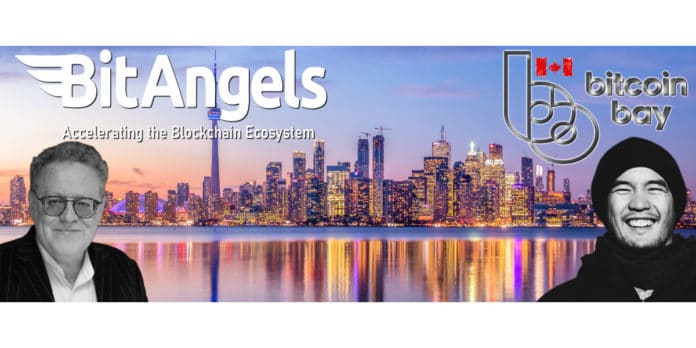 “Through our partnership, we aim to accelerate blockchain adoption not only in Toronto, but internationally by connecting global entrepreneurs, investors, and communities through exclusive networking events,” said Edward Buchi, co-founder and Director of Bitcoin Bay. “Founders are invited to pitch their projects to investors, and give them an early inside look at some of the most exciting up-and-coming blockchain ventures.”

A division of Transform Group and co-founded by blockchain pioneer Michael Terpin, Bitangels supports an open, thriving community of skilled blockchain professionals, companies, developers, and enthusiasts by organizing local events in key cities to create growth and connectivity in the blockchain space with online communication and collaboration.

To apply to present or register for the event, visit the BitAngels website here.

BitAngels Toronto event calendar will be posted on BitAngels.io in the coming weeks with the first event scheduled for the end of September.

Bitcoin Bay, comprised of Blockchain experts that specialize in consulting, product development, smart contract application development, education and community engagement – is a blockchain and crypto solutions company that has been active in the space since 2014.

BitAngels, launched in 2013 as the world’s first angel network for digital currency startups. Each BitAngels event features networking and short pitches by startup founders to an audience of investors, business leaders, and the local blockchain community. These events provide investors with a unique chance to learn about new cryptocurrency investment opportunities in person.