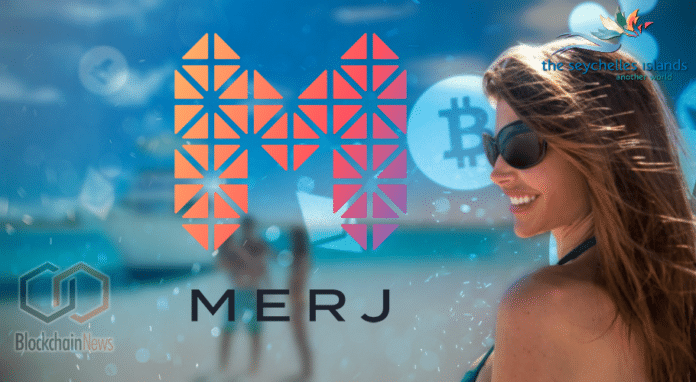 The national stock exchange of the Republic of Seychelles MERJ has rung the bell on an initial public offering (IPO) of tokenized shares, and according to them, they are the first entity in history to do so.

The offering values the 8-year old exchange at $25M.

The offering is now open to investors from across the globe through the exchange’s own portal, as well as through collaborations with US broker-dealer Jumpstart, US custodian Prime Trust and London based blockchain provider Globacap.

MERJ is issuing 1,652,893 new shares at a price of $2.42 per share, raising $4M of expansion capital. The exchange’s tokenized security uses the Ethereum public blockchain whilst also being listed on MERJ’s stock exchange and denominated in U.S. dollars, providing investors a secure and familiar way to gain exposure to the growing digital asset industry.

“These novel financial instruments are here to reshape the financial industry for years to come,” said Edmond Tuohy, CEO of MERJ Exchange. “MERJ provides the regulatory framework necessary for investors globally to access these markets in a safe and compliant manner.”

Tokenization, the process of converting a unit of asset ownership into a digital token on a blockchain, presents investors with unique opportunities never before seen in financial markets. It can be applied to financial instruments such as equities and bonds, tangible assets such as real estate, fine art or rare cars, and even copyrights attached to intellectual property, authorship, or music. For ordinary investors, this provides access to opportunities that were previously hard to come by. One of the main barriers has been the lack of a regulated infrastructure on which tokenized assets could be traded. MERJ provides that infrastructure to investors globally.

MERJ is a global platform with issuers from North America, Europe, Asia, Australia, and Africa. It is pioneering a direct-access model that enables investors to access the exchange directly via web or mobile app, as well as institutional customers through more traditional broker and member channels. By combining this model with the far-reaching effects of distributed ledger technology, MERJ hopes to have a significant democratizing effect on global capital markets.

The Seychelles exchange developed as a result of the IMF and World Bank working with the islands’ government to build a financial services sector while coordinating with agencies like the OECD and FATF to ensure compliance with the highest international standards. An affiliate member of the World Federation of Exchanges, MERJ is licensed by the Seychelles Financial Services Authority, which is an associate member of IOSCO. The Seychelles is a member of the Commonwealth and the only country in Africa classified as high-income by the World Bank.