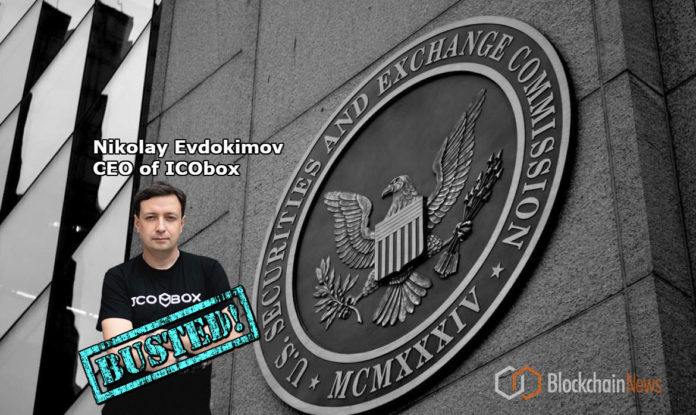 The Securities and Exchange Commission has sued ICOBox and its founder Nikolay Evdokimov for both a $14 million token sale (or securities offering according to SEC) and for acting as unregistered brokers for other digital asset offerings.  And The SEC is not pulling any punches – it seeks injunctive relief, disgorgement with prejudgment interest and civil money penalties.

“By ignoring the registration requirements of the federal securities laws, ICOBox and Evdokimov exposed investors to investments, which are now virtually worthless, without providing information that is critical to making informed investment decisions,” said Michele Wein Layne, Regional Director of the Los Angeles Regional Office.

The SEC complaint notes ICOBox raised funds in 2017 to develop a platform for initial coin offerings by selling, in an unregistered offering, roughly $14.6 million of “ICOS” tokens to over 2,000 investors.

According to the SEC, ICOBox claimed that proceeds from the ICOS ICO would be used to help defray the costs of ICOBox’s services to users who could not afford them and that ICOS tokens were valuable because of the management efforts of ICOBox. The SEC acknowledged in its complaint that the enterprise has helped 30 clients issue digital tokens, raising over USD $650 million from investors; one of the clients assisted by ICOBox was Paragon Coin, which previously settled another SEC enforcement action for engaging in its own unregistered ICO.

According to the complaint, the ICOS tokens are virtually worthless.  The complaint further alleges that ICOBox failed to register as a broker but acted as one by facilitating initial coin offerings that raised more than $650 million for dozens of clients.

The SEC’s complaint charges ICOBox and Evdokimov with violating the registration requirements of the federal securities laws and seeks injunctive relief, disgorgement with prejudgment interest, and civil money penalties.

It’s not the first time there’s been trouble. On March 20, 2018, Evdokimov-owned Cryptonomos had a lawsuit filed against them for securities fraud – American investors considered that they were deceived by $ 20 million.

Russian media claims he stole millions in Russia before moving to Hollywood in the USA and entering the ICO arena and projects Icobox, Cryptonomos and Decenturion.