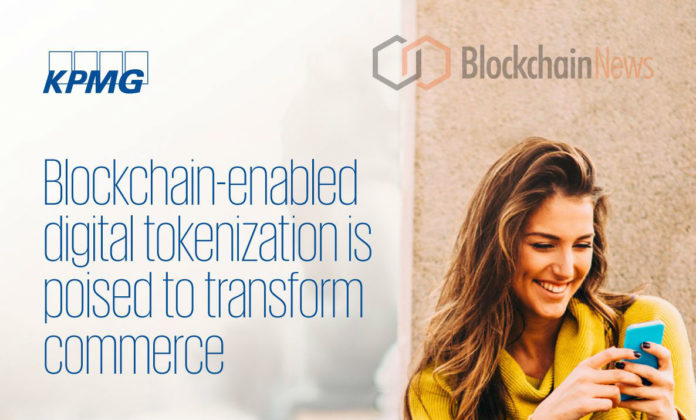 KPMG along with partners at Ketchum Analytics has launched a new, free research report that explores how blockchain-enabled tokenization is transforming the way consumers interact with each other and businesses.

The findings indicate that tokenization is ushering in a new generation of commerce, and brings to light the strategic value of deploying blockchain infrastructure for the many business opportunities it offers – from creating new customer engagement opportunities to driving new revenue streams.

However, the potential is vast in those industries where consumers already express high levels of loyalty. For instance, when asked about loyalty to products/services across industries, consumers reported high levels of allegiance to banks and credit card companies – 87 percent. 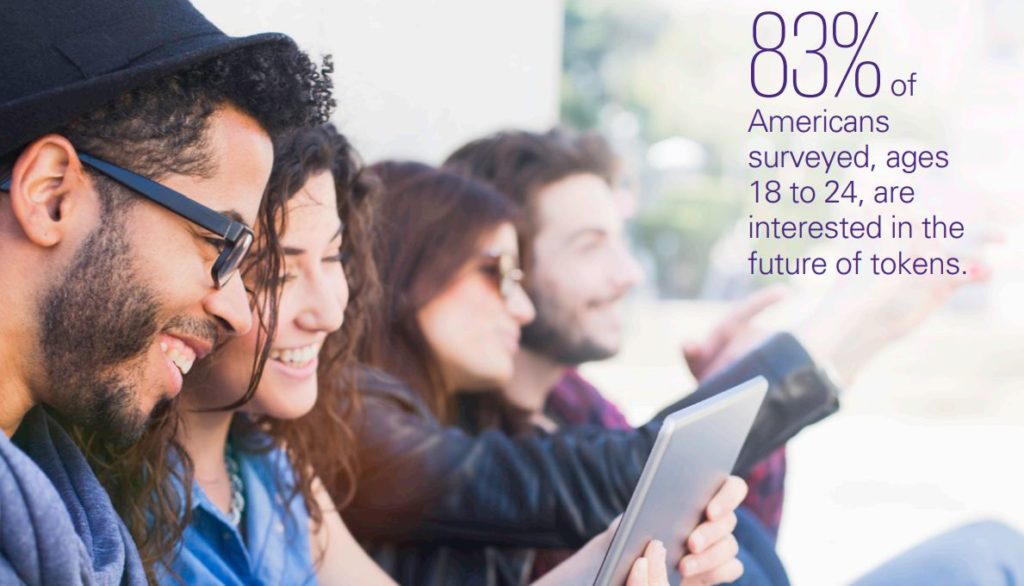 The survey offers insight into consumer awareness and attitudes towards tokenization that are useful to businesses looking to leverage the technology. Some of the key findings include:

From the report, imagine this customer engagement scenario:

A consumer using his iPhone watches a 30-second mobile video ad promoting a new line of watches. He is fascinated and watches the ad a second time.

That encounter is captured digitally and reported back to the watch company, prompting its marketing team to personalize a customized, direct marketing effort to that potential consumer. The watch company would pay a fee for the package of knowledge and insights gleaned from that engagement, yet the consumer’s privacy is protected because none of his personal data is obtained.

There’s no need to imagine that scenario; blockchain is enabling it to happen – right now.

Welcome to the brave new world of tokenization, where digital tokens issued on blockchains are used to represent asset ownership and to efficiently facilitate asset exchange. By leveraging blockchain infrastructure, this digitalized form of currency uses digital tokens to control and exchange ownership in an asset or something else with perceived value.

In doing so, tokens support transparent, immutable and frictionless transactions – and that is unlocking new models for engagement between businesses and consumers. Tokens are enabling new ways to purchase products and services, enhance customer experiences, and strengthen customer trust and brand loyalty, in addition to numerous value-driving business initiatives.

While still in its early days of adoption, tokenization is already reshaping commerce by enabling new ways to drive consumer behaviours to build trust and brand loyalty. Companies that ignore the potential of tokenization to transform business models and competitive landscapes may soon be leap-frogged by bolder players who are harnessing tokenization to create competitive advantages. How? By pursuing new opportunities to drive real business value for organizations across industries.

It’s clear that Tokenization can enhance the ability of enterprises to accurately and efficiently track the exchange of value associated with tangible and intangible assets. This ability opens unprecedented opportunities for a wide array of enterprise applications which can be applied across the full range of commercial engagement in B2B, B2C and C2C environments.

Loyalty programs are already being redefined by tokenization, and represent an ideal platform for businesses to introduce tokenization. 82 percent of consumers are willing to use tokens as part of membership in an existing loyalty program, and 81 percent would trust the use of tokens more readily if they are already a part of a company’s loyalty program. Program enhancements driven by tokenization could further cement a brand’s engagement with loyalty members.

Beyond making loyalty points a more valuable commodity for the customers who use them, this form of tokenization also promises significant operational efficiencies with the automation of inter-brand transactions and back-office functions. By creating more liquidity by using blockchain tokens, the transfer of value is accelerated. Thus, loyalty providers can more easily move liquidity off their books and bolster their balance sheets.